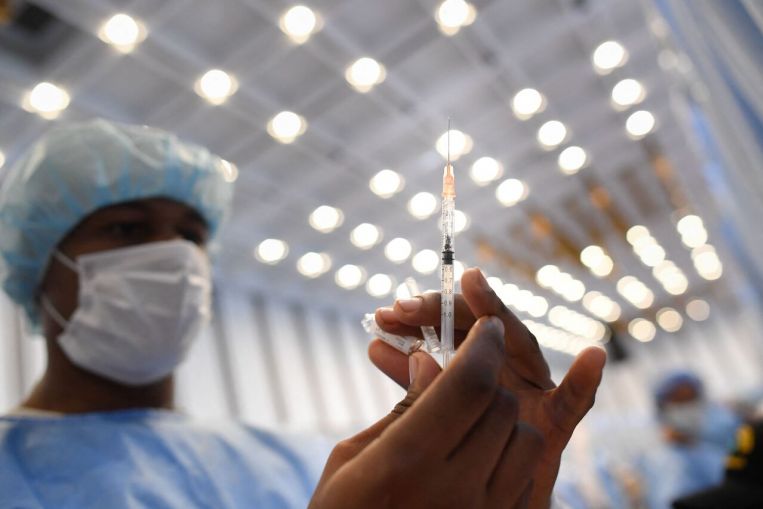 SAINT PETERSBURG (AFP) – Russian officials said on Friday (June 4) a European review of the country’s Sputnik V coronavirus vaccine is going “according to plan” and the jab may be approved in the coming months, local news agencies reported.

Sputnik V has been registered in more than 65 countries but has yet to be approved by the European Medicines Agency (EMA) or the United States’ Food and Drug Administration (FDA).

“Everything is going according to plan,” Health Minister Mikhail Murashko told journalists on the sidelines of the St Petersburg Economic forum.

“We haven’t received any critical questions so I think the work is going to plan, we are waiting for results,” Mr Murashko said.

Mr Kirill Dmitriyev, head of the Russian Direct Investment Fund that helped fund the development of the jab, said the “registration time depends on the EMA”.

“A normal working process is underway, which we hope will not be politicised,” Mr Dmitriyev added.

Deputy Health Minister Sergei Glagolev said the vaccine may receive the approval of the EMA and of the World Health Organisation (WHO) in the next few months.

Moscow registered Sputnik – named after the Soviet era satellite – in August ahead of large-scale clinical trials.

But trial results published in the respected The Lancet medical journal have said it is safe and with two doses is more than 90 percent effective in symptomatic cases.

The EMA launched a rolling review of the vaccine in March but several EU countries have already approved the jab.

While Russia’s domestic vaccination campaign started in early December ahead of most countries, the country has struggled to innoculate its citizens.

Polls show that many Russians are sceptical of coronavirus vaccines.