HomeFeaturedMore than 100 people killed in terror attack in Burkina Faso

More than 100 people killed in terror attack in Burkina Faso 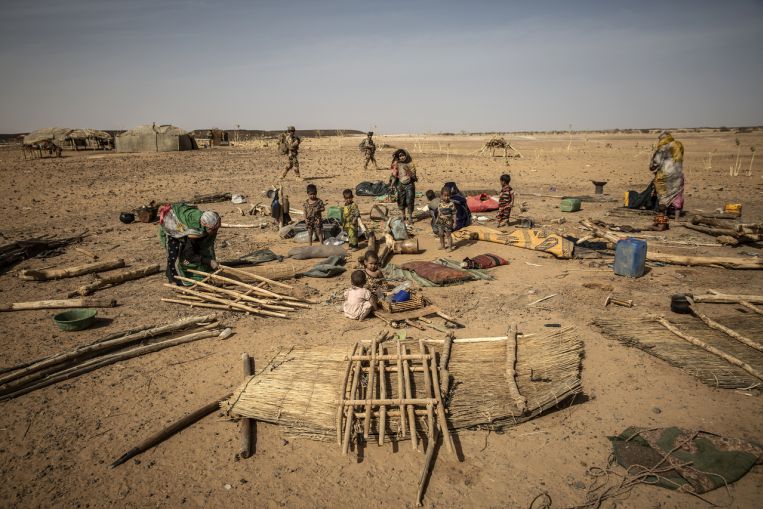 OUAGADOUGOU, BURKINA FASO (NYTIMES) – Armed assailants killed more than 100 people in an attack on a village in northern Burkina Faso, the government said on Saturday (June 5), burning houses and leaving many more injured in one of the deadliest assaults the West African nation has seen in years.

The attackers struck early Saturday morning, first at a gold mine near the village of Sobha, near the border with Niger, according to Mr Rida Lyammouri, a Washington-based expert, before then going after civilians.

They also attacked the village market, the government said in a statement.

“It’s definitely one of the deadliest attacks in Burkina Faso in years,” said Mr Lyammouri, a senior fellow at the Policy Centre for the New South, a Morocco-based think-tank.

Burkina Faso and its neighbours have faced a resurgence of extremist violence in recent years, much of it carried out by Islamist terrorists linked to Al-Qaeda and the Islamic State in Iraq and Syria.

The assailants have stormed a number of villages in the region known as Liptako-Gourma, a border area between Mali, Niger and Burkina Faso, where the attack on Saturday took place.

Saturday’s attack occurred in an area where an Al-Qaeda-affiliated group, known by the initials JNIM, usually operates. Although the group is not known to attack civilians at this magnitude, according to Mr Lyammouri, it has targeted family members of a local self-defence group in recent months.

After France began a military intervention in 2013 to counter Islamist violence in Mali, many members of the remaining militant groups, including affiliates of Al-Qaeda, moved south near the border with Burkina Faso.

The violence that emerged from the groups’ move has fuelled one of the fastest-growing displacement crises in the world, with more than 1.2 million people forced to flee their homes in Burkina Faso, according to the United Nations’ humanitarian affairs body. The country is also hosting some 20,000 refugees from neighbouring Mali who are seeking safety from Islamist terrorist attacks.

Burkina Faso’s military has been accused of failing to protect civilians, and soldiers have also killed a growing number of civilians, stoking the resentment of local populations.

Several foreigners have also been taken hostage or killed in Burkina Faso in recent years. In 2019, two French soldiers were killed in a raid to rescue four hostages: two Frenchmen, an American and a South Korean citizen.

In April, two Spanish journalists and an Irish ranger were also killed in an ambush in south-eastern Burkina Faso, near the border with Benin.