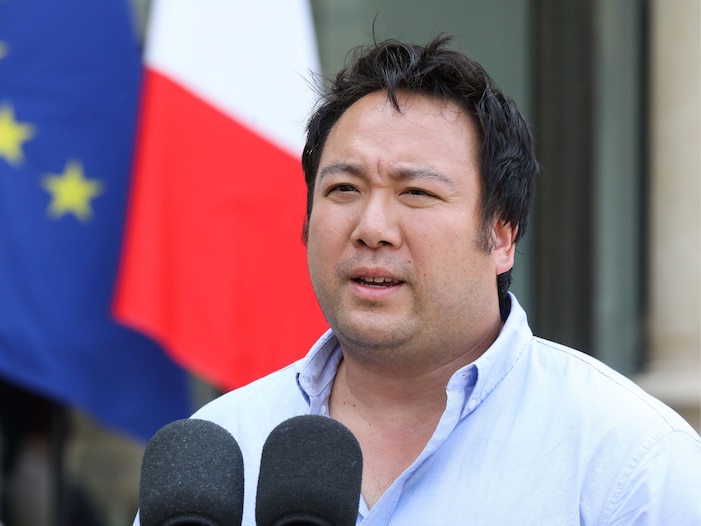 Deliveroo CEO Will Shu at President Macron’s tech summit in France in 2018.

Amazon-backed food delivery startup Deliveroo posted higher revenue and a healthy gross margin for its full-year 2019, but it also saw its losses rise in a set of results that did not include the effects of the pandemic.

Headquartered in the UK and competing with the likes of Uber Eats in Europe and parts of Asia, Deliveroo offers on-demand food, alcohol, and grocery deliveries via an app, relying on a network of gig-economy cyclists and motorcyclists to ferry the food to customers.

The company, cofounded by American ex-banker Will Shu, is aiming to IPO and will be keen to demonstrate the sustainability of its model.

Deliveroo’s results have yet to appear on the UK’s company register, Companies House, despite a December 31 deadline. A spokeswoman said the firm had filed its accounts on December 21, and said the delay was down to the register.

A spokesman for Companies House declined to comment on Deliveroo, but said filings took longer to process during busy periods.

Deliveroo shared its financials with Business Insider, and you can see them here.

Deliveroo had a rollercoaster 2020

Deliveroo’s 2019 results do not reflect the changes in consumer habits and consumption wrought by the coronavirus pandemic, which drove the majority of white-collar workers in the West to work from home for much of 2020.

Deliveroo will post its audited 2020 results at the end of the year, but has indicated publicly that the pandemic has been good for business.

When the UK first went into a strict lockdown in March, Deliveroo initially warned it may collapse because of an immediate freeze in business and the UK’s competition regulator pausing a major cash injection from Amazon on anti-trust grounds. It also made more than 300 staff redundant, according to The Telegraph.

But as the pandemic wore on, and after the regulator greenlit the Amazon funding, Deliveroo’s performance improved. The firm coped with initial restaurant closures by launching a grocery delivery service, and lowered fees to persuade more restaurants to come on board.

In a release accompanying its annual 2019 results, the firm said it had been profitable for more than six months “at the operating level.”

When asked for more detail, Deliveroo said it had grown order frequency, boosted the number of monthly active users, and won more users to its paid subscription service which costs £11.49 a month in the UK.

The firm also indicated in its financials that redundancies helped cut expenses.

Deliveroo set aside cash in case of punitive regulation

As the firm discusses listing on the stock market through an initial public offering, it still faces several risks.

Deliveroo stated in its financials it had set aside £32 million ($43 million) to deal with potentially punitive regulation in an unspecified market. In Spain, a court ruled Deliveroo drivers are employees rather than freelancers, which could sting the business with higher costs. The Wall Street Journal reported in December that Deliveroo and other food delivery firms had struck a deal with Italian workers to offer them above-minimum wages, but not sick or holiday pay.

Restaurants have also publicly complained about and lobbied against the commission Deliveroo charges. According to one UK restaurateur speaking to Sky in October, it is as much as 35%. Deliveroo primarily makes its money from these commissions, plus user and delivery fees, and sign-up fees for restaurants.

Deliveroo has also yet to demonstrate overall profitability. Bigger rivals, such as Uber Eats and DoorDash, are also not profitable. And while Deliveroo may have benefited from an influx in users during the pandemic, these users may not stay if vaccine rollouts mark a return to in-house dining in 2021.

CEO Will Shu said in a statement: “This year we have seen rapid consumer adoption of online food delivery, with more people ordering more frequently. Covid has accelerated strong underlying trends and there is an enormous opportunity ahead.”

Shu added the firm would invest in more delivery-only kitchens, grocery delivery, and tools for restaurants.