HomeMarketsThe billionaire behind 'Fortnite' repeatedly compared his company's battle with Apple to the struggle for civil rights, and said the fight is 'an act of civil disobedience'

The billionaire behind 'Fortnite' repeatedly compared his company's battle with Apple to the struggle for civil rights, and said the fight is 'an act of civil disobedience' 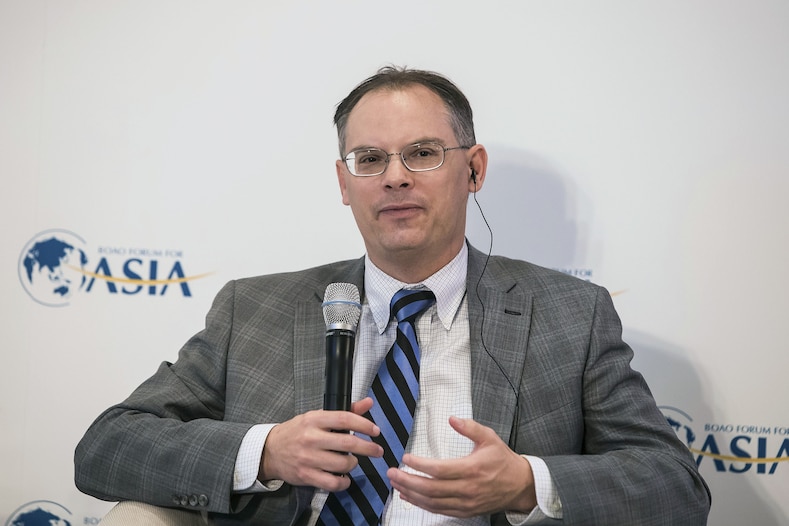 The company behind “Fortnite” is in the middle of a protracted legal battle with Apple.

The wildly popular game was removed from the iPhone and iPad App Store back in August, and it’s unlikely to return anytime soon.

At the heart of the argument is the 30% cut Apple takes from sales on its App Store, and “Fortnite” maker Epic Games circumventing that cut with an update earlier this year. Epic intentionally added a new payment system to “Fortnite” on iOS that enabled players to buy in-game virtual money (“V-Bucks”) directly from Epic, skipping Apple, knowing that Apple would swiftly pull the wildly popular game from the App Store. Hours later when that happened, Epic filed its lawsuit.

The moves were clearly calculated, and Epic Games CEO Tim Sweeney explained that calculation in a new interview.

“Normally, contracts are honorable and binding agreements on parties,” Sweeney said during the interview at the New York Times DealBook virtual conference on Wednesday afternoon. “But when a contract goes outside the bounds of the law, as Apple is doing, and has such a negative and pervasive impact on society, it’s everybody’s duty to fight.”

He compared the move, “to civil rights fights, where there were actual laws on the books and the laws were wrong, and people disobeyed them, and it was not wrong to disobey them because to go along with them would be collusion to maintain the status quo” — a seemingly direct reference to arguments made in Martin Luther King Jr’s “Letter from a Birmingham Jail.”

Earlier in the interview, Sweeney made the argument more directly: “This is essentially an act of civil disobedience by Epic,” he said.

It’s not the first time Epic has much such an argument in reference to its battle with Apple.

The same day that Apple pulled “Fortnite” from the Apple store, and the same day that Epic filed its lawsuit, Epic also published a video to YouTube that parodied Apple’s infamous “1984” ad — itself a reference to the George Orwell book about a rebellious hero taking down a dystopian society. Epic also rolled out a hashtag alongside the video: “#FreeFortnite.”

Sweeney at the DealBook conference said not fighting Apple on this issue is tantamount to collusion with Apple against consumers.

“If we had adhered to all of Apple’s terms and taken their 30% payment processing fees and passed the cost along to our customers, then that would be Epic colluding with Apple to restrain competition on iOS and to inflate prices for consumers,” he said. “So going along with Apple’s agreement is quite as wrong [as breaking contract].”

Got a tip? Contact Business Insider senior correspondent Ben Gilbert via email (bgilbert@businessinsider.com), or Twitter DM (@realbengilbert). We can keep sources anonymous. Use a non-work device to reach out. PR pitches by email only, please.