Capitalism: It’s worth understanding how it actually works.

Fifty years ago, capitalism in the West was based on manufacturing which provided well-paid, lifelong jobs and close to full employment. By the 1970s and 1980s that system was carrying a layer of credit and debt that made it more lucrative for banks to extract profits from deals and transactions than to provide finance for the creation of actual products.

Then, in the 1990s, the burgeoning tech industry made physical products even less relevant – and even more lucrative for investors and speculators.

These classic non-fiction books tell the story of how modern capitalism in the West changed from a system that made actual things into a trading desk for bonds, credit derivatives, and leverage … and created modern inequality along the way.

We’ve arranged the books chronologically according to the period of history they cover. If you read them in this order you’ll see how one segues into the next, and how dramatically capitalism has changed in the last 50 years.

LORDS OF FINANCE: 1929, The Great Depression, and the Bankers who Broke the World 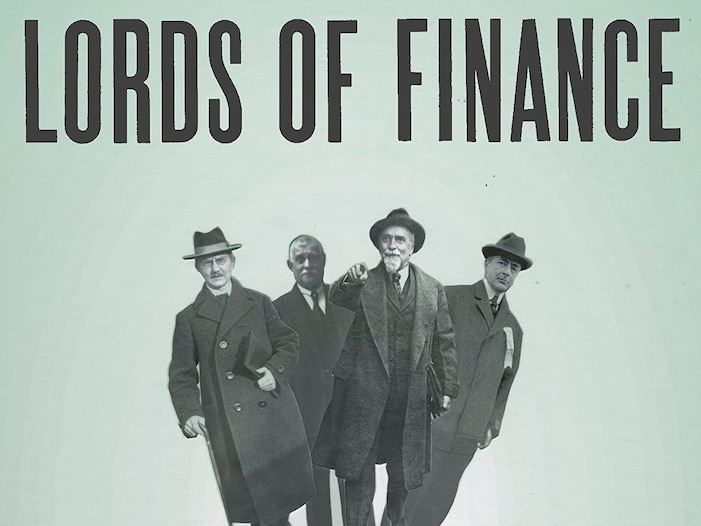 Writer Liaquat Ahamed tells the story of the crash of 1929 told from the point of view of the central bank chiefs of the US, Britain, France, and Germany.

It’s a fantastically detailed personal account — based on letters and diaries — of the men who controlled the world’s currencies during the historic financial crisis that continues to dominate how we think about economics today.

RANK AND FILE (1973): The brutal, forgotten history of ordinary people who faced down death threats to get decent pay and safety standards at work. 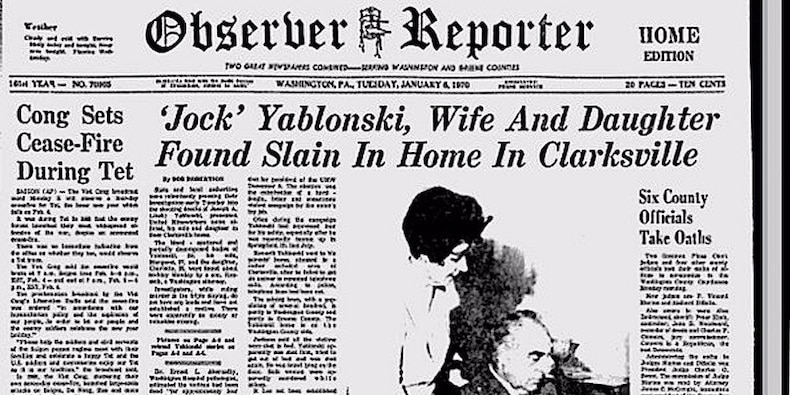 “Rank and File” is an oral history of the lives of a dozen workers’ rights activists during the six decades to the end of the 1960s, a period in which Americans went from being little more than slaves to the best-paid employees on the planet.

Pursuing the American Dream in the mines, steelworks, and meat yards sometimes meant risking your life, as authors Alice and Staughton Lynd recount in this often overlooked book.

Jock Yablonski, for instance, was shot to death in his Clarksville, Pennsylvania, home, along with his wife and daughter, on New Year’s Eve, 1967. Their bodies were discovered six days later. They were murdered because Yablonski stood in a union election against the president of the United Mine Workers, whom Yablonski believed was more concerned with mine owners’ interests than that of miners.

It’s grueling stuff — but required reading if you want to know what “blue-collar” really meant in the days when work was done in factories rather than offices.

BARBARIANS AT THE GATE (1989): An epic thriller about ’80s excess, a time when debt financing replaced manufacturing as capitalism’s main focus. 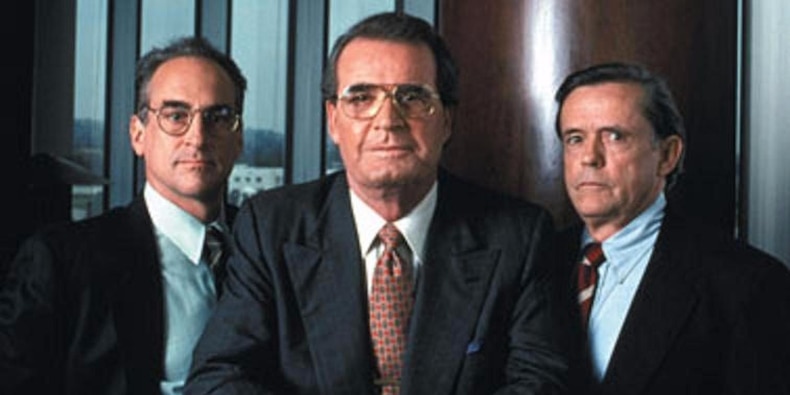 James Garner as the CEO of RJR Nabisco in the movie version of “Barbarians at the Gate.”

“Barbarians” is regarded by many as the greatest business book ever written. In 1988, the flamboyant CEO of RJR Nabisco, F. Ross Johnson, decided he could buy his company outright, take it private, and then sell it again later at a profit. The deal would use a “leveraged buyout” — a transaction that would let Johnson use junk bonds (risky corporate debt)  to pay for the deal. He offered $17 billion, or $75 a share, for a stock that had been trading at $55.

The flaw in Johnson’s plan was immediately obvious to Wall Street: Once the board agreed to consider the deal, it was required to consider competing bids too — and they flooded in. Anarchy ensued. Bryan Burrough and John Helyar had sources inside every office, enabling them to eavesdrop on every conversation, every plot, every betrayal.

Ultimately, the LBO specialist firm Kohlberg, Kravis, Roberts triumphed in a frenzied auction, with a $25 billion ($109 per share) offer — the largest corporate takeover in history.

KKR then stripped its assets as it struggled to pay the debt that financed the deal, turning a once-great consumer product empire into a husk of its former self.

LIAR’S POKER (1989): The classic tale of life inside Salomon Brothers that defined how stories about Wall Street are told. 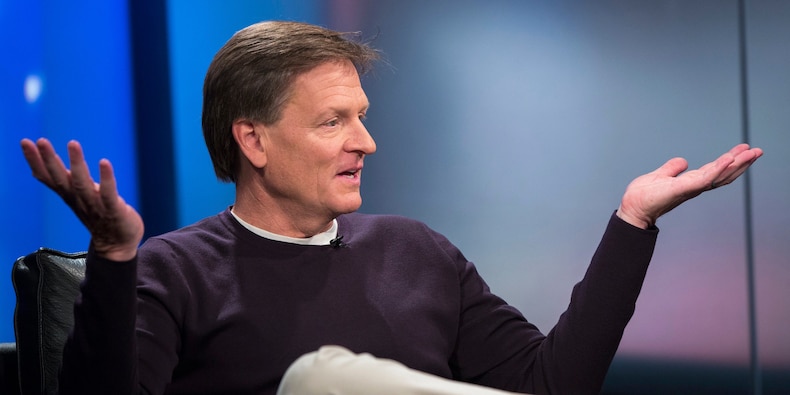 Author Michael Lewis gestures during an interview at Reuters in 2014.

This was Michael Lewis’s first book, and it covers the three years he spent as a bond trader at Salomon Brothers in the 1980s. It set the tone for everything we understand about Wall Street today and much of what we remember about the money-hungry 1980s.

Lewis’s tale focuses on the bond trading desks’ hyper-macho culture of practical jokes and prideful greed. “Big swinging dicks” and “feeding frenzy” are among two of the phrases the book popularised. In a climactic scene, CEO John Gutfreund proposes playing a hand of Liar’s Poker — a guessing game based on the serial numbers printed on dollar bills — for $1 million.

The book also describes Lewis’s experience selling junk bonds before Black Monday in October 1987, when the market crashed, and thus provides an anxious appetizer for what happened next …

DEN OF THIEVES (1991): An account of the heydey of insider trading that shows how easily debt financing can be manipulated.

Michael Milken in his heydey.

“Den of Thieves” is the book that inspired the movie “Wall Street,” in which Michael Douglas announces, “greed is good!” It’s the story of junk bond king Michael Milken and arbitrage investor Ivan Boesky, who made vast fortunes in the ’80s betting on debt-fueled mergers and acquisitions.

Their investments were based on secret tips from insiders working on the impending corporate buyouts. Their web extended through several banks and law firms, and Milken’s junk bonds supplied numerous firms (such as KKR) with the liquidity they needed to stage their debt-based deals.

Milken’s firm also threw a legendary annual party in Beverly Hills called “The Predator’s Ball,” at which stars like Frank Sinatra, Diana Ross, and Kenny Rogers performed. The guests — mostly male investors — were also entertained by dozens of female “models” paid to be there.

Milken went to prison for two years and paid a total of $1.1 billion in fines and settlements; Boesky was sentenced to 3.5 years and $100 million in settlements.

THE NEW NEW THING (1999): The *ne plus ultra* tale of dot-com bubble excess, set aboard the yacht of a Silicon Valley millionaire who may not know exactly what he is doing. 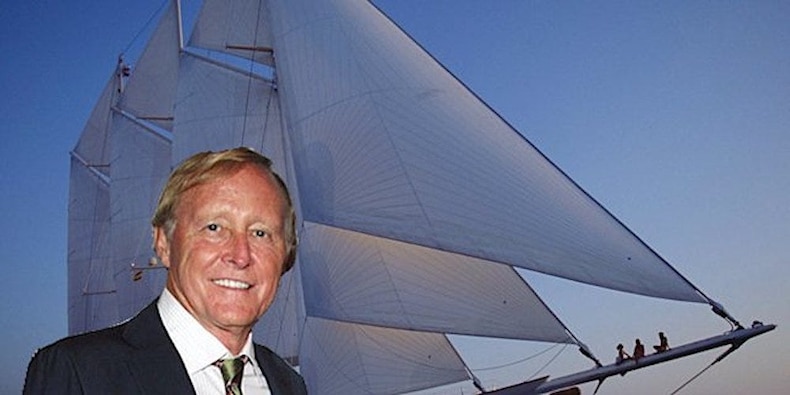 Jim Clark with one of his boats.

Jim Clark was the founder of Silicon Graphics Inc. and Netscape. He is perhaps better remembered for the latter, which spawned the Firefox web browser we know today. But SGI was his real triumph: Clark realized early on that colorful, 3D animated graphics would be the future of computing and that he needed to sell them to the entertainment and gaming industries. At the time, the thinking in Silicon Valley was that graphics were for kids and the real action was in lines of typed code.

As the action in the book opens, Clark is already a billionaire and has plowed his money into a new venture: the world’s biggest single-masted yacht, the Hyperion. Clark believes he can sail the boat across the Atlantic entirely from his desktop computer.

Needless to say, the journey is terrifying, and it functions as the narrative of Lewis’s account of the revenue-free madness that gripped the tech world in the late 1990s.

WHEN GENIUS FAILED (2000): Roger Lowenstein’s awesomely sourced account of the rise and fall of Long-Term Capital Management, a hedge fund that placed disastrous leveraged bets on the bond markets.

“Barbarians” might get all the headlines, but for hardcore business book junkies, “Genius” wears the crown.

Admittedly, “leveraged bets on interest rate spreads in the bond market” doesn’t sound like it might be a thrill ride. But Lowenstein patiently explains how LTCM unknowingly began playing dice with the devil. Two of the firm’s principals were Nobel-winning economists. And yet, no one aboard fully grasped the risks they were taking.

Ultimately, in 1998, the New York Fed was forced to host a meeting of major Wall Street banks that led to a $3.6 billion bailout of LTCM. The alternative was the potential collapse of global capital markets.

For that reason, “Genius” remains prescient. Everything in it predicts what happens next. It’s required reading for anyone who wants to understand the great financial crisis of 2008.

NICKEL AND DIMED (2001): A rare, detailed look at the real lives of the modern poor. 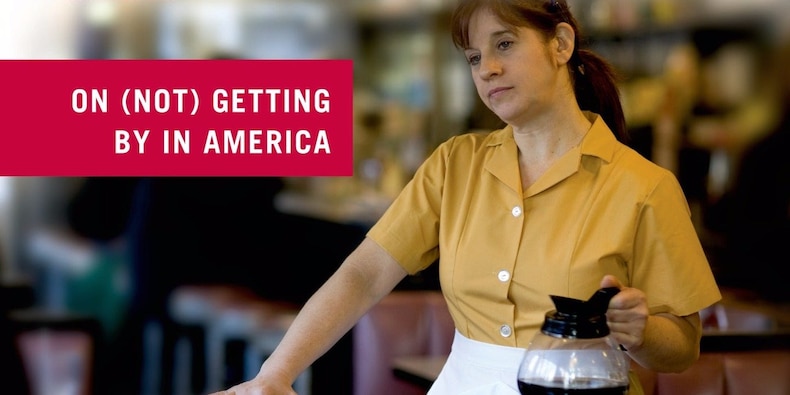 In the late 1990s, author Barbara Ehrenreich tried an experiment: She would leave her comfortable life as an academic and live entirely on low-wage jobs as a waitress, chambermaid, cleaner, and nursing-home help, for six or seven dollars an hour.

She describes a gray, anonymous existence punctuated by urine tests, hardscrabble apartments, where multiple people share single rooms, exhausting work, and no medical care. At one point she runs out of money and realizes she will have no food for an entire weekend. She survives when a charity gives her a food voucher worth $7.02.

The book is a heartbreaking contrast to “Rank and File,” in that it shows what happens when a nation abandons manufacturing and the high-paid union jobs in favor of a low-wage service economy. 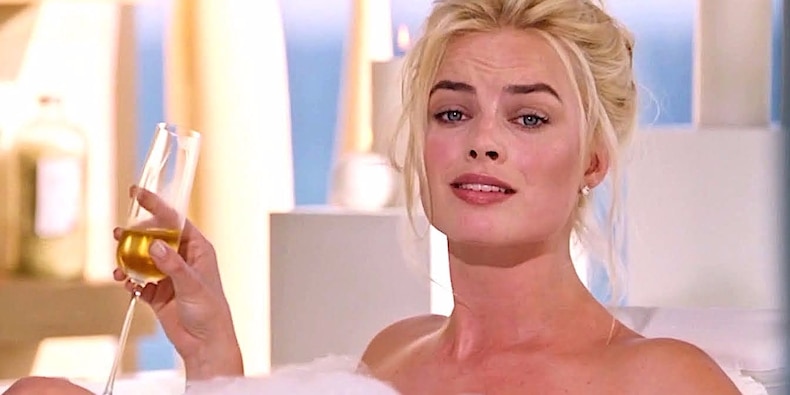 Margot Robbie narrates the movie version of The Big Short.

Easily Michael Lewis’s best book. It describes how the US real estate market ballooned, harmlessly at first and then with increasing intensity. Mortgages were bundled into bond-like asset-backed securities. Those assets were used as the basis of credit-default swaps, which were, in turn, leveraged throughout the global capital markets.

The entire system was based on the assumption that property prices would never go down, and people would never stop paying their mortgages. Lewis takes the point of view of four oddballs who realize months before everybody else that it’s a house of cards. They only have one problem: They can’t convince anyone else that it’s all about to come crashing down.

The book gives personality and drama to the arcana of debt finance and interest rates. It is impossible to understand modern economics without this book.

CAPITAL IN THE TWENTY-FIRST CENTURY (2013): Thomas Piketty’s masterpiece on the roots of modern inequality. 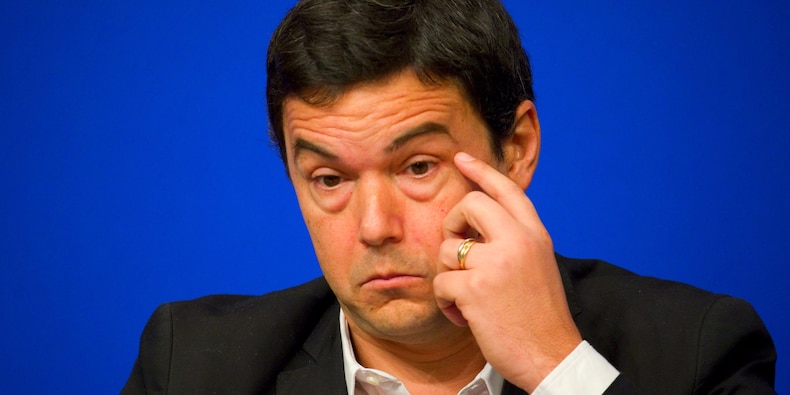 The sly reference in the title to Marx’s classic treatise “Capital” seems like hubris. But “epic” doesn’t begin to describe the scale of Piketty’s work. It’s a dense trek through tax and financial records going back hundreds of years, from several countries, with a few diverting spinoffs through Balzac and Jane Austen. (Most readers begin the book but don’t finish.)

THE SPIDER NETWORK (2017): The grueling account of how Tom Hayes, a banker with Asperger’s Syndrome, came to be at the center of the LIBOR interest-rate rigging scandal. 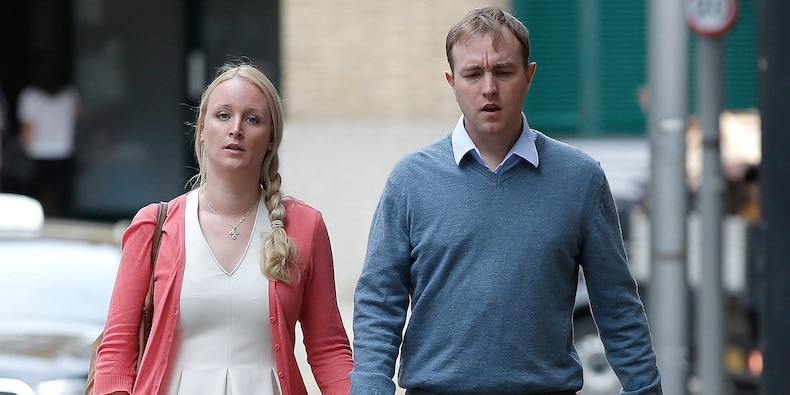 In the mid-2000s a small group of bankers discovered they had the ability to manipulate the London Interbank Offered Rate (LIBOR) of interest simply by calling each other on the phone. They made millions on trades linked to the rate, which is used by other banks to set the price of mortgages, bonds, and other products.

Tom Hayes was the only banker to go to prison for the scheme, even though it involved dozens of people acting in concert over a period of years. He is currently serving an 11-year sentence. Writer David Enrich had virtually unfettered access to Hayes, his wife, and thousands of documents describing the case. It’s a fascinating look at how one very ordinary man, single-mindedly pursuing a goal he thought his employer wanted, can go so wrong.