HomeMarketsTesla is nearing $500 billion in market value. Elon Musk predicted self-driving cars would boost it to that level

Tesla is nearing $500 billion in market value. Elon Musk predicted self-driving cars would boost it to that level 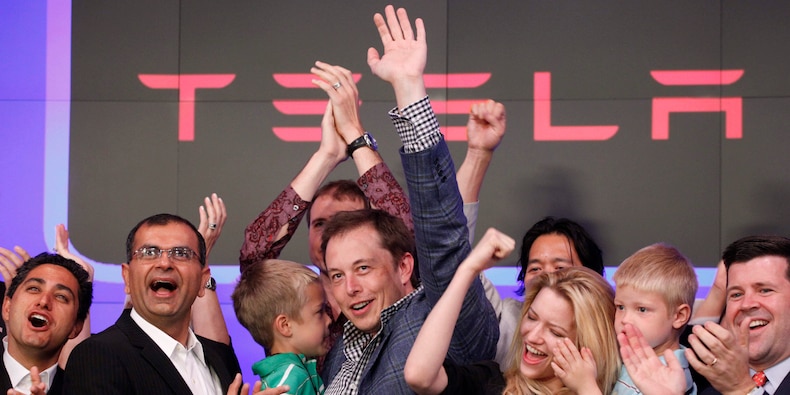 Elon Musk predicted last year that self-driving Teslas would boost the electric-vehicle maker’s market capitalization to $500 billion. Tesla’s market cap jumped as high as $498 billion on Monday, even though its autonomous vehicles — leaving aside the question of regulatory approvals or mainstream adoption — are still a work in progress.

Musk made the claim during a call with investors in May 2019, CNBC reported. It struck many as audacious, given Tesla’s market cap was under $45 billion at the time. However, the automaker’s market cap has skyrocketed more than 11-fold since then, to within touching distance of Musk’s forecast.

Read more: Warren Buffett has kept quiet for months. The famed investor compared the pandemic to a ‘hurricane,’ praised the government’s rapid response in the spring, and called for more small-business aid at a private event this week

Tesla’s CEO said in July that he expects the company to achieve “basic functionality” for its self-driving cars by the end of this year. Indeed, the carmaker began releasing a beta version of its self-driving software to select customers in October. Musk touted an update to that software containing a raft of “fundamental improvements, both important bug fixes and entire new areas of functionality” in a tweet earlier this month.

Musk floated an even bigger market cap for Tesla during an earnings call in February 2015. He calculated that if his company continued to grow revenue by 50% for 10 years, achieved a 10% earnings margin, and its stock traded at 20 times earnings, it would be worth about $700 billion or “basically the same as Apple’s is today.”

Given Tesla’s market cap is almost $500 billion less than six years later, it is easily outpacing Musk’s forecast for 2025.