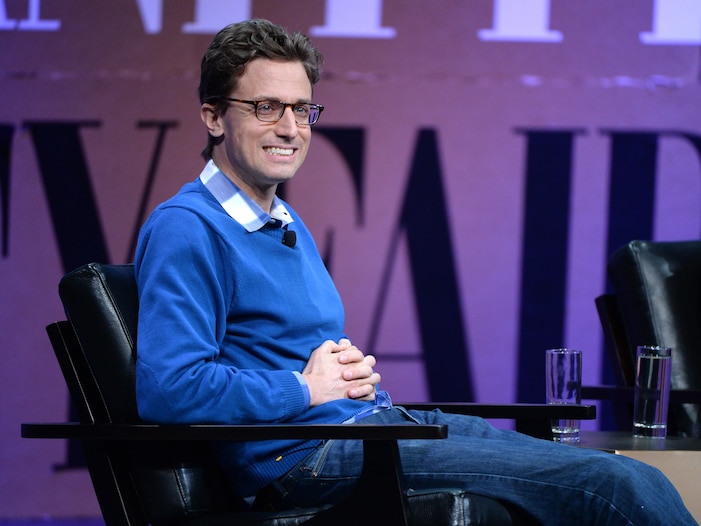 One digital media giant BuzzFeed is acquiring another, Verizon-owned HuffPost, in an all-stock deal that brings together two companies that have struggled to get profitable with big staffs to support and ad revenue declines in the pandemic.

As part of the deal, Verizon Media is paying BuzzFeed an undisclosed cash investment and will be a minority shareholder in BuzzFeed, according to The Wall Street Journal, which was first to report the news.

Inside both companies, speculation and rumors about layoffs — particularly from the HuffPost side — flew this week, according to several employees that Business Insider spoke to.

“The first reaction was shock,” said a BuzzFeed editorial staffer. “It’s a newsroom that cares about people. People started wondering about their counterparts at HuffPost and if they would lose their jobs.”

Over at the HuffPost, most staffers learned of the acquisition from the Journal, HuffPost’s report on the deal said.

Some insiders said that BuzzFeed would be a better owner for HuffPost than Verizon, and staff spent time Slacking each other about how BuzzFeed’s benefits package compares to that of Verizon.

The most obvious place for cuts will be in operational, admin and finance roles, but staffers also wondered about how any overlap between the newsrooms would be handled.

But one source pointed to an internal FAQ document sent to BuzzFeed staffers that they said sent mixed messages, and that it’s unclear how long the two companies will stay independent.

The FAQ, which has been viewed by Business Insider, said that BuzzFeed and HuffPost “will compete for scoops and stories.” It also encouraged the newsrooms to work together. “At the same time, we will all be part of the same company, which means that we can learn from and collaborate with them.”

Both newsrooms are repped by unions — HuffPost by the Writers Guild of America, East; and BuzzFeed News by the NewsGuild of New York. HuffPost’s union has about 130 members while the company has around 250 employees. While the unions don’t protect staffers from layoffs, they do give employees some protections.

“Our union members are concerned about the possibility of layoffs and grateful we fought so hard for a successor clause so our union contract and rights embedded in it will carry over no matter our owner,” Lavin said.

A search is underway to hire a HuffPost editor-in-chief that will report to Schoofs.

According to one source at HuffPost, executive editor Hillary Frey has been filling in as top editor and could be a candidate for the editor-in-chief role. One person who talks to people involved floated The New York Times’ Nikole Hannah-Jones, who won a Pulitzer Prize for commentary for her work on “The 1619 Project,” as a possible candidate.

BuzzFeed’s Schoofs could certainly pick a big Hollywood name or return it to its original form under co-founder Arianna Huffington that delivered service-oriented journalism on topics such as divorce, parenting and health.

A rep for Verizon did not respond to a request for comment.

BuzzFeed could use the acquisition to beef up its advertising

Talking through the deal to staffers during an all-hands meeting on Thursday, BuzzFeed CEO Peretti said he expected HuffPost to be profitable by the end of next year and that the HuffPost brand was stronger than HuffPost’s business.

The tie-up could help both businesses make a stronger pitch to advertisers. HuffPost’s readers have a wider range of ages and a more affluent audience than BuzzFeed’s. Together, BuzzFeed and HuffPost would reach 103 million US monthly users, 29% more than BuzzFeed alone, per Comscore data that BuzzFeed shared in the internal FAQ.

SimilarWeb data pulled by Business Insider shows that a combined BuzzFeed, BuzzFeed News, and HuffPost would be the fifth-biggest news site, behind CNN, BBC, The New York Times, and The Guardian — though the audiences would likely have some overlap. The Daily Mail, Washington Post, Fox News, Business Insider, and Forbes round out SimilarWeb’s ranking of the top 10 news sites.

But the market has been souring on ad-based digital media

The stock-based deal shows how much the once sky-high valuations of both media companies has shrunk significantly over the years. BuzzFeed said it would be profitable this year after layoffs and pay cuts; one source said HuffPost’s losses are believed to be in the region of $20 million. That’s a number familiar to at least one insider, though it couldn’t be independently confirmed.

Bloomberg reported that the Verizon minority stake values BuzzFeed at about $1.7 billion, which is the same amount BuzzFeed was valued at in 2016 when NBCUniversal invested $200 million into the company.

More broadly, after spending billions on media with big bets to change how media is made and sold, telecom giants Verizon and AT&T have scaled back their media investments to focus on their core services. Speculation about the future of the HuffPost has swirled for years as Verizon has shed its media acquisitions; Verizon Media’s top ad sales executive Jeff Lucas quit earlier this year.

Eyes are turning to the next media deals

Even with a diminished landscape for digital ad dollars, the arrival of the so-called “dumb money,” SPACs (Special Purpose Acquisition Company) could save the day.

Insiders speculated that BuzzFeed would look for more acquisitions, using its additional scale from HuffPost as leverage.

One idea being floated in media circles is for Peretti, and potentially the Lerer family, to grow the entity beyond its current size and then flip it to one of the SPACs circling the digital media space.

Ben Lerer’s Group Nine Media, which is backed by Discovery Communications along with Axel Springer (which owns Business Insider), had previously discussed a merger with BuzzFeed. Whether they will join the acquisition party remains to be seen. Lerer did not respond to a message and BuzzFeed declined to comment on a possible SPAC.

“In the case of these new digital media company alliances, I don’t think mergers and growing bigger are a sign of strength,” Jill Abramson, the former New York Times executive editor and author of the book “Merchants of Truth,” on the news business, told Business Insider. “They are a sign of weakness and the terrible environment for any media companies that depend on digital ad revenue, as both HuffPost and BuzzFeed do.”