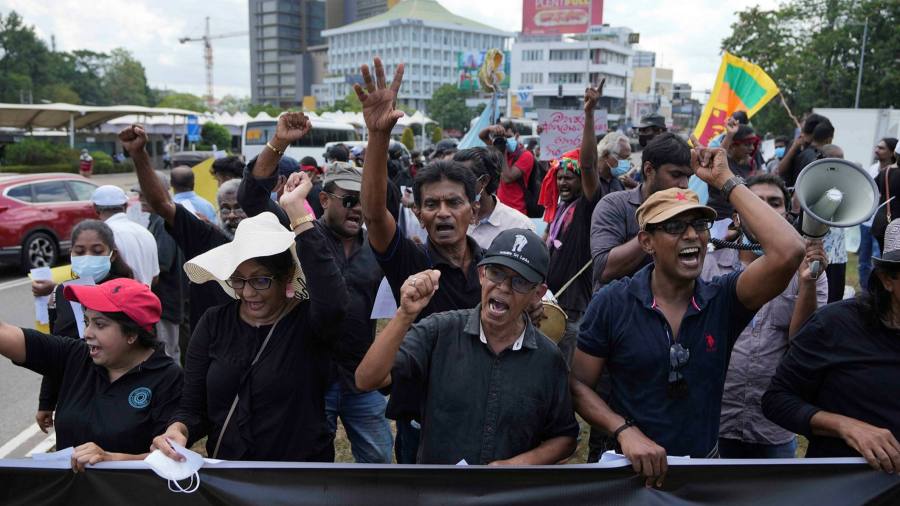 Sri Lankan president Gotabaya Rajapaksa has ended emergency rule days after they were imposed, as the government struggles to contain a growing economic and political crisis that has led to widespread protests.

The decision to revoke the measures from midnight Tuesday was announced hours after the country’s finance minister quit less than a day he was appointed to his post.

Energy blackouts, shortages of basic goods and soaring prices set off a wave of protests in the country last month, with demonstrators accusing Rajapaksa’s government of economic mismanagement and calling for the strongman president to resign.

Ali Sabry was named finance minister as Rajapaksa called for a unity government following the mass resignation of cabinet ministers on Sunday night. The post is a crucial position ahead of approaching IMF negotiations over Sri Lanka’s debt pile and dwindling foreign reserves.

Analysts said the resignations and cabinet reshuffle were a bid to appease the anti-government protests.

In a resignation letter seen by Reuters on Tuesday, Sabry, the president’s former lawyer who had been serving as justice minister, said the country needed “stability” at this “crucial juncture” and that he had “acted in the best interests of the country”.

Sri Lanka’s central bank governor, Ajith Nivard Cabraal, also quit on Monday, saying in a tweet that he was stepping down in “the context of all cabinet ministers resigning”.

After winning the presidency in…