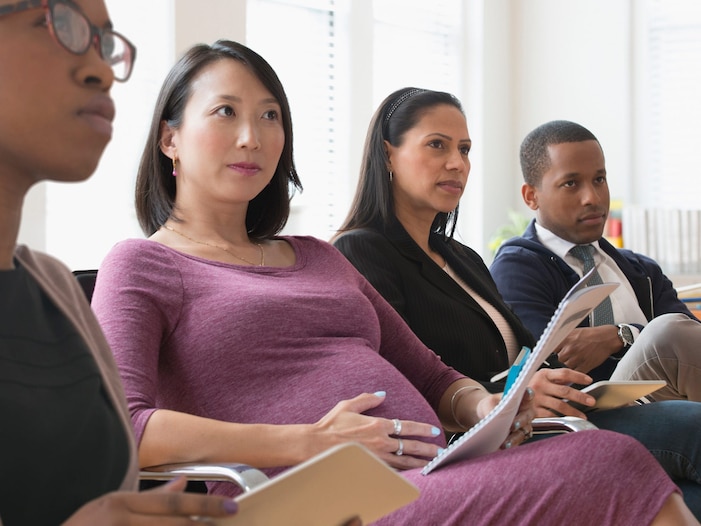 Surveys of plaintiffs’ law firms in Pennsylvania and California found that minority groups were underrepresented when compared to the population of lawyers as a whole.

But this week Sanford itself fell under the microscope, with former legal assistants saying the firm turned a blind eye to senior lawyers who made racially and sexually charged comments.

David Sanford, the firm’s chairman, said in a statement that an investigation had cleared the partners of racial and sexist motives, and said the firm had implemented new training and made changes to “minimize the likelihood of future insensitivities.”

The allegations were shocking, but some plaintiffs’ lawyers and law-firm vendors said it wasn’t the first time they’d heard allegations of racism and sexism emerging from firms whose clients are often victims of prejudice. One potentially contributing factor is a lack of diversity at many plaintiffs’ firms.

Read more: An inside look at how Big Law firm Perkins Coie built up a diverse attorney base, winning major clients like Microsoft and Intel

Discussions of diversity in the legal industry tend to focus on the “Big Law” firms with hundreds of millions or billions of dollars in revenue that mostly represent big businesses. But in the plaintiffs’ bar, whose lawyers style their clients as Davids against Goliaths, positions of power and influence are also disproportionately held by white men.

“It’s hard, even at the biggest law firms, to recruit and retain a diverse workforce,” said Subodh Chandra, who runs a six-lawyer civil-rights firm in Cleveland, “but it is even harder in smaller plaintiffs’ shops because at the entry level, [lawyers] tend to be paid significantly less.”

The plaintiffs’ bar is a big tent, covering solo practitioners who represent car-crash victims and firms with dozens or hundreds of lawyers working cases with billions of dollars in potential damages over claims like securities fraud and medical-device defects. The only things that unite them are a tendency to represent parties listed to the left of the “v.” in the name of a lawsuit and the widespread use of contingency fees.

It’s less concentrated than Big Law, with its members spread out across more firms. The biggest plaintiffs’ firm may be Morgan & Morgan, a personal-injury-focused firm with 585 lawyers on its website. Robbins Geller Rudman & Dowd, a top investors’ law firm, lists 88 partners. Lieff Cabraser Heimann & Bernstein, which played a lead role in cases against Volkswagen over its emissions-cheating scandal, lists just 46 partners.

By comparison, there were five Big Law firms with more than 1,000 partners last year, according to The American Lawyer.

“We have to have lawyers that represent society at large,” said Navan Ward, an Atlanta lawyer at the firm Beasley Allen who has represented plaintiffs in medical-device litigation. “When you do hire them, if they’re only in situations where they don’t have a voice … that can breed a culture of ‘I’ve hired you, but I don’t understand you.'”

Read more: Former employees at Jones Day claim there is a ‘boys’ club’ culture and sexual discrimination at the powerhouse law firm

One factor that cuts against diversity is that some plaintiffs’ firms, even ones with dozens of lawyers, are run like family businesses. It’s not uncommon for the founder of a small or midsize firm, on the plaintiffs’ or the defense side, to plan to hand their firm off to one of their children, said Shari Davidson, a legal recruiter in Long Island, New York, who has helped firms make succession plans.

Take Cellino & Barnes, long the most prominent personal-injury firm in New York. Claims of favoritism reportedly played a role in the split between Ross Cellino Jr. and the late Steve Barnes, and the principals’ new firms both showcase family ties, with the Barnes Firm run by Steve’s brother Richard Barnes and the website of Cellino Law listing Ross Cellino Jr. and two of his daughters among its lawyers.

The biggest Big Law firms tend to have a corporate structure, and many of them have staff who are focused on hiring and advancing the careers of diverse lawyers. Big firms often have anti-nepotism policies that prevent leaders from putting their relatives on the firm’s payroll, and they often make a point of recruiting rising lawyers of color out of law school.

Another factor is that individual plaintiffs often don’t exert pressure on their lawyers to prioritize diversity. While chief legal officers and corporate general counsel are increasingly demanding their outside counsel give rewarding work to underrepresented lawyers, and some institutional plaintiffs also weigh diversity, an individual injury victim doesn’t make the same demands, lawyers said.

Increasingly, judges are applying pressure on plaintiffs’ lawyers to let women and racial and ethnic minorities into their leadership circles. As far back as 2013, a judge stressed that it was “important” for women to help lead a multidistrict litigation, or MDL, over a birth-control product.

More recently, the inclusion of three nonwhite lawyers in a group of 21 leading litigation against Juul and four of 26 in suits against the makers of the heartburn drug Zantac made headlines.

In July, Judge James Donato in the Northern District of California declined to approve an all-male group of lead plaintiffs’ counsel in a case over the Robinhood trading outage that struck earlier this year. But he signed off after the lead plaintiffs’ firms put forward a woman and a lawyer who was a member of the LGBTQ community as leaders.

Limited diversity at the leadership level

Equal representation is a long way off. An analysis by Law.com this year found that only 5% of leadership roles in MDLs went to nonwhite lawyers, and some lawyers who did get opportunities said judicial pressure played a role.

But representation is not a cure-all. Sanford Heisler Sharp said 30% of its partnership would be racially diverse as of January 1, when several promotions take effect, and said a number of leaders of its practices are women, not white, or both. It said its investigation found that the statements with which legal assistants found fault were “one-offs.”

Chandra, the Cleveland injury attorney, said many of the recruiting challenges that firms like his face are structural. While he said he generally takes on a small handful of summer law clerks, it’s rare for him to be able to give them full-time-job offers for once they graduate, which is common in Big Law. Students rack up debt in law school, and a Big Law salary — $190,000 in the first year for the firms that follow the Cravath scale — makes it much easier to pay off, Chandra said.

“We’re not focused as much on the lucrative end of the plaintiffs’ practice,” he said. “People have to do this work because they want to do public-interest work.”