HomeMarketsOil nears $50 for the first time since the start of the pandemic after OPEC+ agrees to a gradual output increase of just 500,000 barrels a day in January

Oil nears $50 for the first time since the start of the pandemic after OPEC+ agrees to a gradual output increase of just 500,000 barrels a day in January 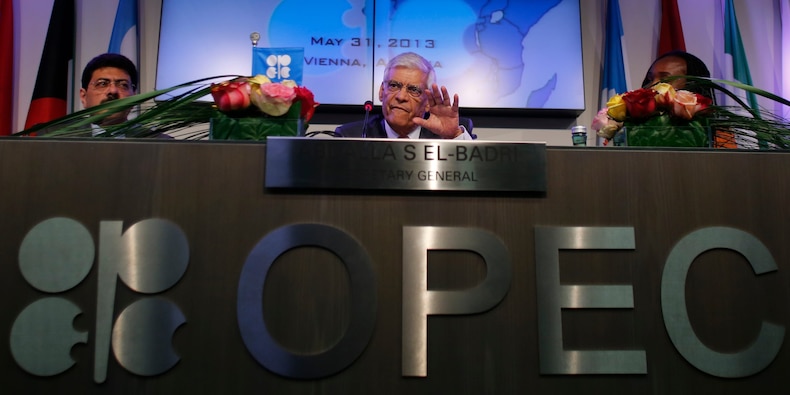 Oil prices jumped to their highest level since the start of the pandemic after OPEC and Russia-led producers agreed to a small increase in output in January.

The Organization of the Petroleum Exporting Countries, a group consisting of 15 members led by Saudi Arabia, and its allies including Russia, Kazakhstan, Oman and others, agreed to cautiously raise oil supply by 500,000 barrels per day in the next month. That is well below the 2 million barrels per day initially agreed upon. Future output levels will be discussed at forthcoming monthly meetings.

A current deal to reduce output by 7.7 million barrels a day expires at the end of December. OPEC+ agreed in the spring to a record joint cut of 7.9 million barrels per day to shore up crude prices from its historic crash in April.

Read More: 16 biotechs that investors think are most likely to be acquired in 2021 – and which large drugmakers are likely to buy them

The group’s decision to raise supply by a small amount is “disappointing in view of the previous expectations and the fragile fundamental situation on the oil market,” said Eugen Weinberg, head of commodities research at Commerzbank.

“We do not therefore share the oil market’s positive interpretation and attribute the latest price strength primarily to speculative buying,” he said. Rise in output is ordinarily negative for oil prices, which is why the senior analyst believes the current price movement is “somewhat illusory.”

OPEC oil output rose by 750,000 barrels a day in November, according to a Reuters survey, as increased production from Libya showed differences in implementation of the agreed quota. The UAE and Angola made the compensatory cuts required to offset excessive production in the preceding months, while countries like Nigeria and Iraq failed to do so.

Similarly, smaller oil producers like Congo, Guinea, and Gabon have fallen short of the agreements. “This makes further tensions within the group with respect to a higher oil price a foregone conclusion,” Weinberg said.

Read More: A Wall Street analyst breaks down why e-commerce stocks are ‘just getting started’ and will continue to see massive growth even after vaccine distribution – and says these 4 are best-positioned for gains during the holiday shopping season