HomeMarketsOil industry will be out of favor but not under assault if Joe Biden wins, a top Wall Street energy analyst says

Oil industry will be out of favor but not under assault if Joe Biden wins, a top Wall Street energy analyst says 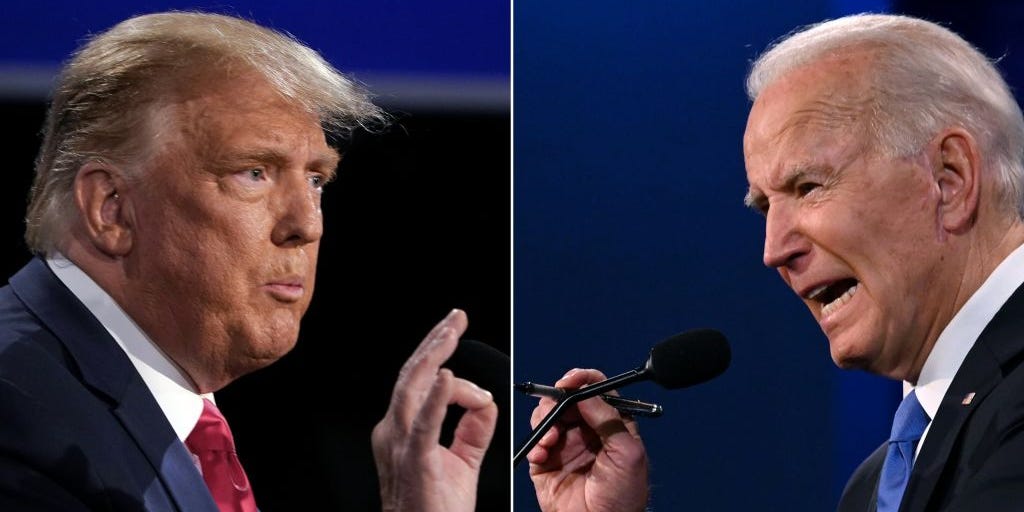 The final presidential debate at Belmont University in Nashville, Tennessee, on October 22, 2020.

The oil industry will be out of favor, but not under assault if Joe Biden wins the November elections, RBC’s Helima Croft said on Friday.

“With a Biden administration, I don’t think it’s a wholesale assault on the fossil fuel industry,” Croft told Business Insider. “I think oil is going to be sort of out of favor, but not under wholesale assault.”

At the final presidential debate, Biden argued that the oil industry, which he said “pollutes significantly,” should no longer receive federal subsidies and needs to be replaced by renewable energy “over time.”

“Basically what he’s saying is he is going to destroy the oil industry,” Trump retorted.

Biden plans to end fossil fuel subsidies and has said there will be no new permits for drilling on federal land. This means there is no overall ban on fracking, but Biden’s position on ending subsidies is a significant development.

Croft, who expects oil prices to enter into the $50’s in the fourth-quarter, from closer to $40 a barrel right now, said that while the fossil fuel industry is a major source of employment for the US, she didn’t think Biden’s position would have much impact on the crude price.

Read More: GOLDMAN SACHS: Buy these 13 unloved vaccine stocks that have the potential to spike on positive treatment updates

She also said it’s important to keep in mind that any changes to the tax code would have to be approved by Congress. “If it’s a situation of a split Congress, where Republicans retain control of the Senate, those major tax changes are unlikely to pass in full form being advocated by the White House,” she said.

Under a Biden administration, Croft expects a sharp shift on climate policy that would also serve important foreign policy aims in terms of weaning Europe off dependence on Russian natural gas.

The US has become a major exporter of liquified natural gas (LNG) and Europe, which typically has relied on Russia for a large percentage of its gas imports, is turning into a lucrative market.

Power stations are increasingly switching to natural gas as a generation fuel, rather than more polluting substances such as coal.

A continued Obama-era support for natural gas is likely to continue in some capacity, but that would be more of an under-the-radar affair compared to the public embrace of renewables, she said.

Stepping up investment in clean energy under a Biden government would mark a huge shift for the oil industry compared to policies put in place under Trump’s administration. Biden is also likely to be tougher on leaks of greenhouse gases such as methane, potentially raising some of the costs of production, she said.

“The oil industry was really a favorite” under Trump, she noted.

When oil prices collapsed in March and the US shale industry was at risk of bankruptcies, Trump’s switch from being an ultimate critic of the OPEC to becoming a “marriage counselor” for Russia and Saudi Arabia to broker an agreement to restrain crude-oil output was very favorable for the industry, Croft said.

Read More: ‘The road to financial implosion’: A notorious market bear says the Fed has set the stage for a 67% stock plunge – and warns of zero-to-negative returns over the next 12 years