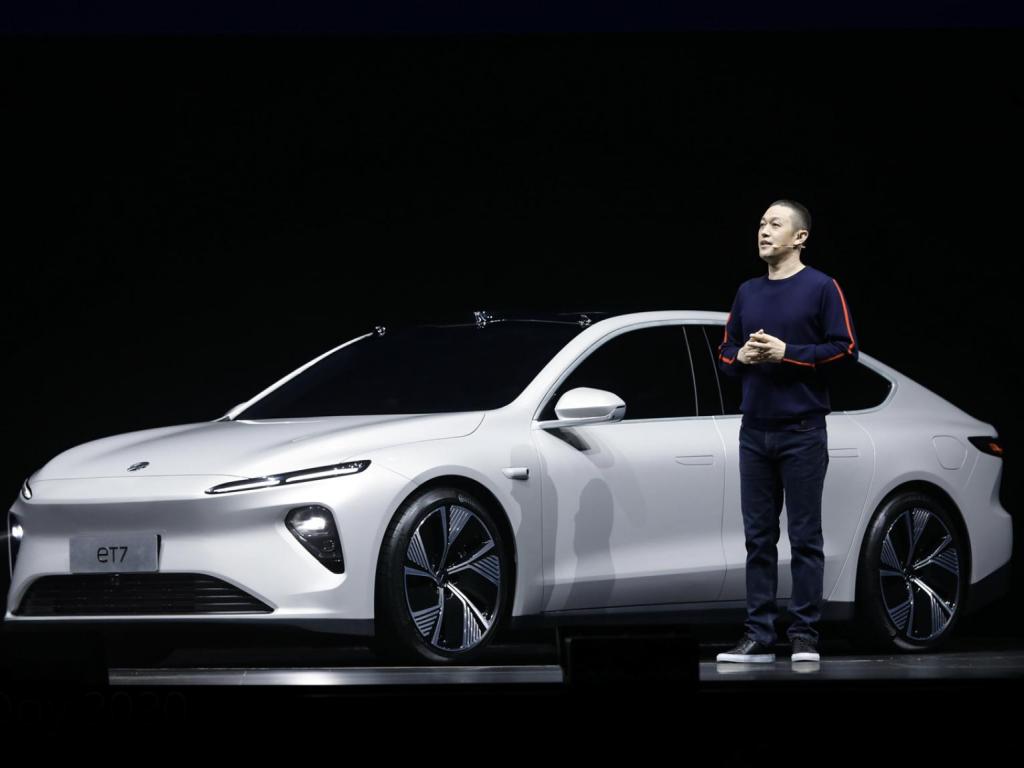 Milestone Reached: Thanks to the stock rally following Nio Day, the EV manufacturer hit the milestone of achieving $100 billion in market capitalization in Monday’s session. The journey to the $100-billion market cap has been fairly quick.

To put it in perspective, it took just two years and four months from the time of Nio’s listing to achieve the feat, as opposed to about a decade for its larger American rival Tesla Inc (NASDAQ:TSLA).

Nio is now the third most-valued automaker after Tesla and Toyota Motor Corp (NYSE:TM). The market capitalizations of Tesla and Toyota are around $803 billion and $250 billion, respectively.

Nio’s trailing 12-month price/sales ratio is 40 compared to 28.50 for Tesla, which makes the Chinese company’s shares pricier. Some on Wall Street have raised concerns about Nio’s valuation, which they see as unsustainable.

Rising From The Ashes: Nio’s ADSs, which were listed on the NYSE on Sept. 12, 2018, never really took off and were mostly rangebound until mid-2019.

The stock hit an all-time low of $1.19 in Oct. 2019 amid concerns about its liquidity position.

For a company operating in a capital-intensive industry, a cash crunch would raise questions regarding its ability to remain as a going concern.

Nio slowly and steadily embarked on the road to recovery through efforts to rein in costs, build brand awareness, improve service offerings, and make best-in-class vehicles that offer superior performance.

The COVID-19 pandemic was only a blip on the radar for the company, as it bounced back strongly from the temporary soft patch it witnessed in the first two months of 2020.

As of December, Nio has delivered 75,641 vehicles cumulatively.

Strong Momentum Going Forward: With the newly launched ET7 sedan, Nio’s sales momentum is likely to accelerate further. The company’s battery-as-a-service and autonomous driving-as-a-service offerings are likely to improve the affordability of the premium-priced sedan.

Reacting to the Nio Day announcements, BofA Securities analyst Ming Hsun Lee raised the price target for Nio from $59 to $70 and reiterated a Buy rating on the stock. Advanced product and technology launches will continue to boost Nio’s sales volume, the analyst said.

Wedbush analyst Daniel Ives said Nio’s ET7 is roughly the size of Tesla’s Model S, goes aggressively after the Chinese sedan market and could increase the company’s total addressable market in the key China market over the next five years.