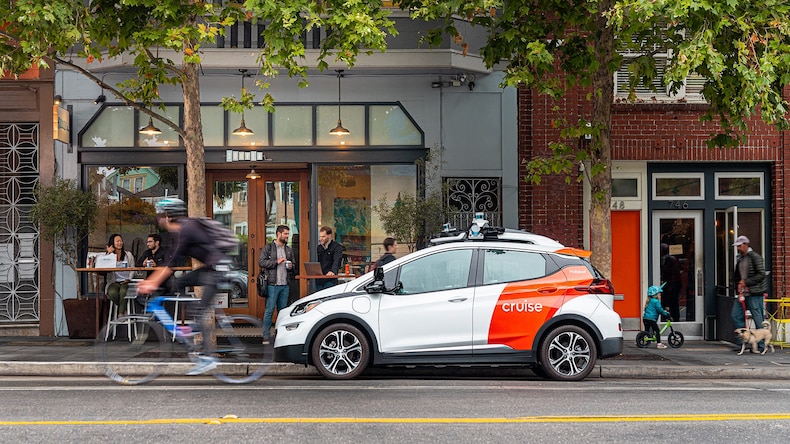 GM’s Cruise will be valued at $30 billion following its latest investment round.

General Motors and its self-driving subsidiary Cruise on Tuesday announced a new deal with Microsoft to speed up the commercialization of autonomous vehicles.

The tech juggernaut will chip in an undisclosed amount to a $2 billion investment round in Cruise that also includes GM, Honda, and other institutional investors. The funding round brings Cruise’s valuation to $30 billion, despite it still being in the development stage and not yet having any customers.

But the “long-term strategic partnership” between Microsoft and Cruise will go beyond an investment. As part of the deal, Microsoft’s Azure will become Cruise’s preferred cloud platform. The two firms will also collaborate on manufacturing along with hardware and software engineering, GM said.

Shares of GM rose as much as 9% to a record high Tuesday morning following the news.

As other tech giants like Amazon and Google have raced to develop self-driving tech, Microsoft has stayed on the sidelines. The investment in Cruise marks the software giant’s first major inroad into the autonomous-car arena.

Read more: Tesla has released ‘full self-driving’ in beta – here’s how experts rank it, Waymo and 16 other power players in the world of self-driving cars

“Advances in digital technology are redefining every aspect of our work and life, including how we move people and goods,” Microsoft CEO Satya Nadella said in a statement. “As Cruise and GM’s preferred cloud, we will apply the power of Azure to help them scale and make autonomous transportation mainstream.”

Although Alphabet’s Waymo is often considered the leader in autonomous tech, Cruise has made significant strides as of late. Last year, the firm started testing vehicles without drivers in San Francisco and unveiled a fully driverless concept vehicle called the Cruise Origin.

Over the years, it has also raked in billions in funding from GM, Honda, the Softbank Vision Fund, and Qualcomm Ventures.

The Microsoft deal comes as GM is ramping up its own efforts to develop electric and autonomous vehicles. The automaker plans to invest $27 billion in self-driving and electric vehicles through 2025 and aims to have 30 EVs in its lineup by that year.

It recently launched a new logistics-focused business unit called BrightDrop, which will sell an electric delivery van and a software suite.