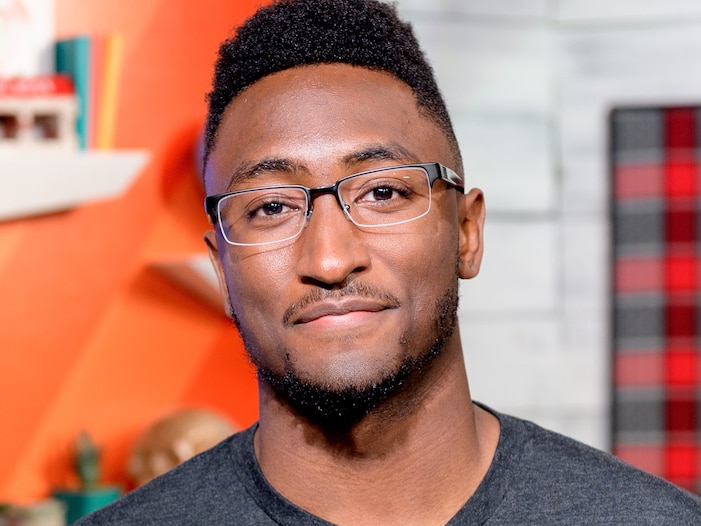 Marques Brownlee was saving up his allowance money in high school when he decided to launch a YouTube channel.

The money he was saving up would help him buy a new laptop, where he could film and edit videos.

In 2009, he filmed his first tech-review video, which focused on the media-center remote that came with his new laptop. Now 12 years later, his channel has become one of the top tech channels on YouTube and has 13 million subscribers.

Brownlee’s videos on YouTube include reviews on the latest smartphones, tech unboxings, and smartphone-camera tests. He has interviewed top tech CEOs from Elon Musk, Bill Gates to Mark Zuckerberg.

To help run the day-to-day of his creator business, Brownlee signed with the talent agency WME, and he has a small team of motion graphics artists, cinematographers, and assistants.

But, how does a digital creator on YouTube earn money?

“Oh, this is the number one holiday family reunion question,” Brownlee told Nilay Patel in a recent episode of The Verge’s podcast “Decoder.”

Digital creators like Brownlee often have several revenue streams, as they typically don’t rely on just one form of income.

Read more: A 5-step guide to making the most money possible from YouTube video ads, with advice from top creators

For most YouTubers, their main source of revenue comes from the ads placed in their videos by Google.

“So, YouTube ads is the primary, fundamental way that YouTubers make money,” Brownlee said on the Verge podcast. “You upload a video, there’s ads somewhere on it or in it, and the YouTuber gets paid for the placement of those ads because they brought the eyeballs to the video.”

But YouTube ad rates fluctuate month to month, and at the start of the coronavirus pandemic, some YouTube creators saw a decline in their March earnings as advertisers pulled campaigns and lowered budgets. That is why most creators have several different streams of income that all connect back to their larger online business.

Here is a breakdown of the main ways Brownlee makes money as a creator: Creators who are part of YouTube’s Partner Program are able to make money from their YouTube channels by placing ads within a video. These ads are filtered through Google’s AdSense program.

To be accepted into YouTube’s Partner Program, creators must have 1,000 subscribers and 4,000 watch hours, and once they are in, their videos are monetized with ads filtered by Google. How much money a creator earns (called AdSense) depends on the video’s watch time, length, video type, and viewer demographics, among other factors. YouTube also keeps 45% of the ad revenue, with the creator keeping the rest.

“Generally, the fundamental building blocks of making money as a YouTuber, and for me, come from AdSense built into YouTube, sponsored integrations built into the videos and on the channel, and merch stuff, too,” Brownlee said on the Verge podcast.

Brownlee said on the Verge podcast that he also earns money by promoting brands in his YouTube videos.

For mega YouTubers like Brownlee, brand deals are often negotiated with an agent or manager.

“I negotiate the rate,” Brownlee said on the Verge podcast. “The contract is usually built by my agent. I work with WME. And so, their lawyers will look over the contract and negotiate the terms, so I’m not literally reading the contracts. That’s an arm I chopped off. I used to do that, too. They take their cut, obviously, for also bringing some of those contracts and companies to my inbox. But at the end of the day, if you could see the amount of stuff we say no to – it’s just like a constant flow of, ‘We want to be on the channel. We want to be in a video’ – to find the stuff that really makes sense. And then, that’s just me going, ‘Let’s see how we can make this work best.'”

Read more: 9 real media kit examples that influencers on YouTube, Instagram, and TikTok use to get brand sponsorships 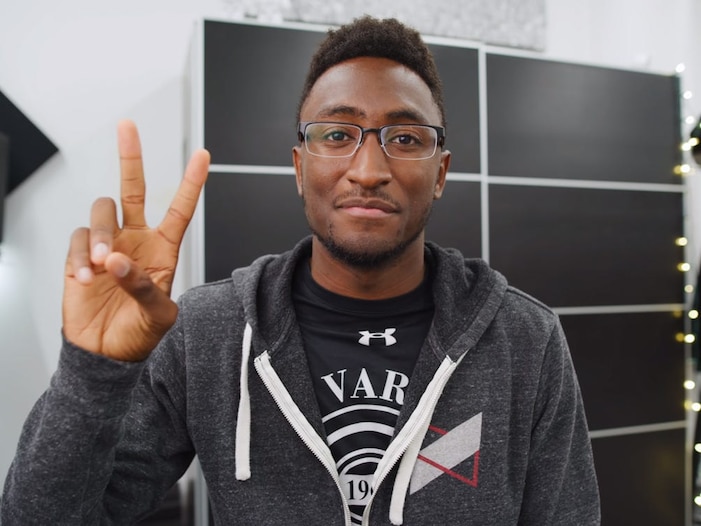 Some influencers own a warehouse from which they ship T-shirts, hoodies, and other branded accessories, and then they will sell those online through an e-commerce platform, like Shopify.

But influencers don’t have to run their own merch operation to take advantage of the business opportunity. Many, like Brownlee, partner with a company (he sells merch through the site Cotton Bureau.)

“For example, we have a merch store. You can buy apparel that has our cool designs on it,” Brownlee said on the Verge podcast.

When a revenue stream dips or advertising budgets dry out, merch sales can make up for a loss in revenue.