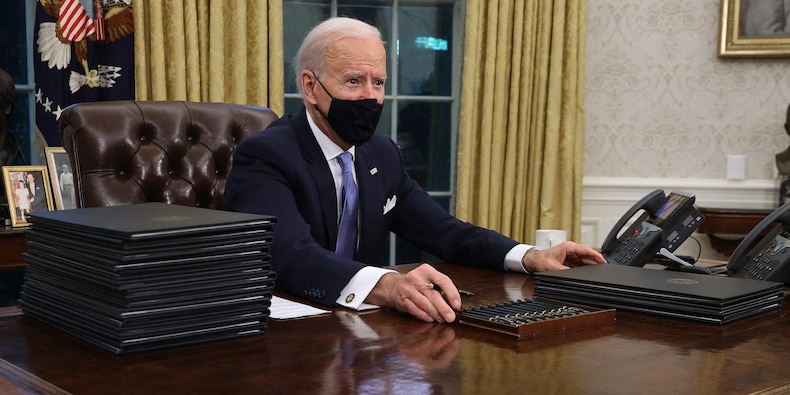 President Joe Biden in the Oval Office after his inauguration on January 20, 2021.

President Joe Biden gained 4.9 million followers in less than 24 hours after he was inaugurated, after the @POTUS account was purged of all the followers it had under President Donald Trump.

Biden and his team officially took over all of the accounts related to the presidency, including the POTUS account, after he was sworn in on Wednesday.

As of 6.30 a.m. on Thursday, the account had 4.9 million followers. Biden officially became president at 12 p.m. on Wednesday. 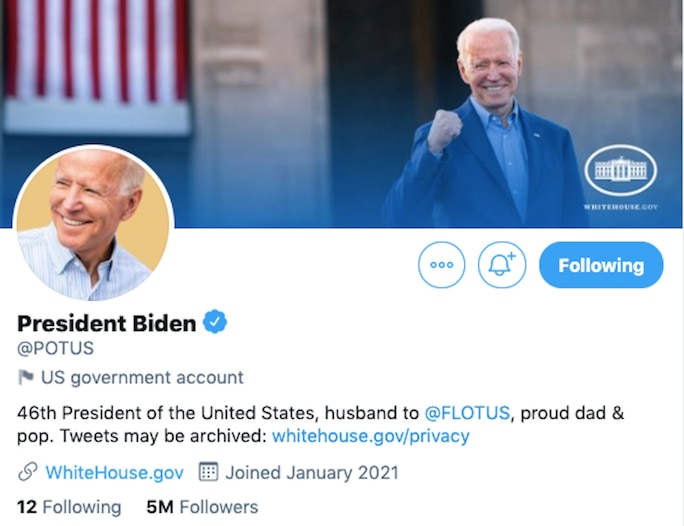 As Insider’s Katie Canales reported, the @POTUS account had about 33 million followers before it passed to President Biden on Wednesday.

The number included the followers gained under Barack Obama, the first president to tweet, and his successor Donald Trump. But Twitter wiped the account’s followers, meaning that Biden started with zero followers.

As The Verge noted, Twitter’s actions were different to what it did when Trump took over in 2017. Twitter then archived Obama-era tweets while creating new accounts for the Trump administration that retained previous followers.

Read more: Joe Biden is hiring about 4,000 political staffers to work in his administration. Here’s how 3 experts say you can boost your chances of getting one of those jobs.

The network instead gave a series of prompts to people who followed Trump-era accounts to tell them they had been archived, and suggesting they follow the new accounts.

Joe Biden also still has his personal Twitter account, @JoeBiden, which has 25.7 million followers at the time of writing.

Twitter banned Trump’s @realDonaldTrump account on January 8 after his supporters stormed the US Capitol, resulting in the death of five people.