HomeMarketsJack Dorsey plugged bitcoin during his tweetstorm about Trump. It's not as surprising as it seems: His other company, Square, owns $186 million worth of the cryptocurrency.

Jack Dorsey plugged bitcoin during his tweetstorm about Trump. It's not as surprising as it seems: His other company, Square, owns $186 million worth of the cryptocurrency. 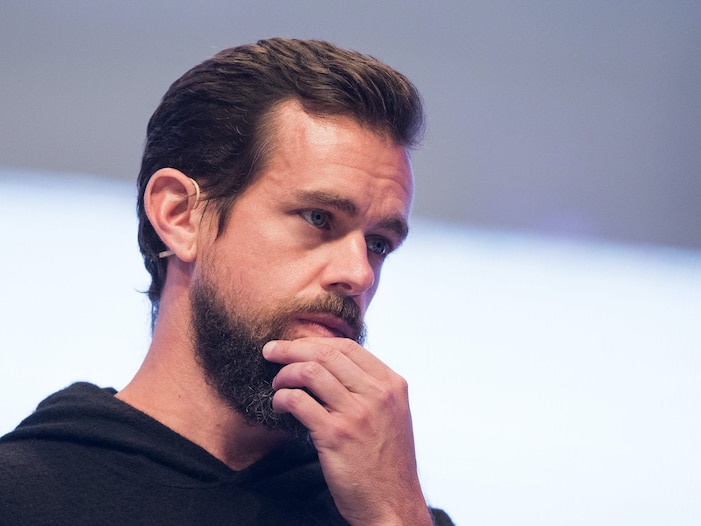 Jack Dorsey spoke out for the first time Wednesday night following last week’s violent riots on Capitol Hill – and he used the opportunity to plug bitcoin.

In a series of tweets, Dorsey explained Twitter’s decision late last week to permanently ban President Donald Trump’s account from Twitter. Dorsey said he believed the move was the right decision for Twitter, as “offline harm as a result of online speech is demonstrably real.” But he also cautioned against one internet company having too much power.

Amid Dorsey’s explanation of Trump’s ban – which was laid out in 13 tweets – he switched gears to discuss bitcoin, and why he’s so passionate about cryptocurrency.

Dorsey went on to say that the decentralized nature of bitcoin inspired him to fund an effort to create “an open decentralized standard” for social media, which he hopes would become the standard for “the public conversation layer of the internet.” Dorsey announced the initiative, named BlueSky, on Twitter in 2019.

Dorsey has become an impassioned supporter of bitcoin over the years, and has spoken out about it more frequently in the past several months. In October of last year, Square – the payments firm he also oversees – bought up $50 million worth of bitcoin in an effort to make the currency more accessible via Square’s popular mobile payments service, Cash App. Dorsey has predicted that bitcoin will one day become the world’s “single currency.”

Read more: ‘That is madness’: Andreessen Horowitz and Fred Wilson blast the Trump administration, saying it’s trying to ‘squeeze’ new and ‘defective’ crypto rules into place at the 11th hour

Earlier this month, Dorsey published an open letter slamming an attempt by US lawmakers to place stricter regulations on cryptocurrency. The proposed law would require companies to collect the personal information of those who make large cryptocurrency transactions in order to aid law enforcement in the event of an illicit transaction.

Dorsey said the law was “nonsensical” and could result in privacy violations.

The price of bitcoin has swelled more than 330% in the last year, but the cryptocurrency has swung wildly throughout the last few weeks: It hit an all-time high of nearly $42,000 last week before falling below $35,000. On Wednesday, bitcoin prices rose 9%, and as of Thursday, the price is hovering near $40,000. At current prices, Square’s 4,709 bitcoins are worth roughly $186 million.