HomeMarketsI tried out a new $1,500 at-home gym system that calls itself for 'Peloton for boxing' – here's what it was like

I tried out a new $1,500 at-home gym system that calls itself for 'Peloton for boxing' – here's what it was like 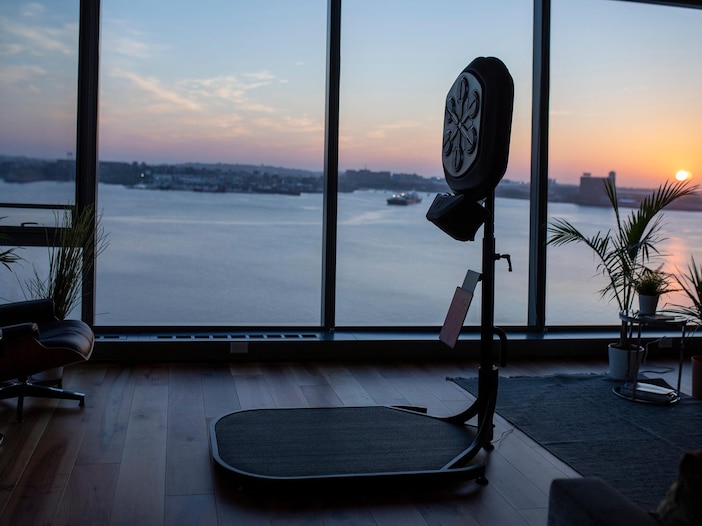 For many during the pandemic, visits to the neighborhood gym are being replaced by online workout videos or at-home gym equipment.

Recently, I had the opportunity to try out a new piece of home equipment that aims to replace in-person boxing classes: Liteboxer.

Liteboxer describes itself as the “Peloton for boxing”

The company offers virtual on-demand boxing classes with professional trainers, as a way for you to burn calories and tone up while punching your way through popular songs.

The $1,495 kit includes gloves and comes with a ‘bad’ that is essentially a durable flat panel with six evenly-spaced circles, three on top and three on the bottom, to represent an opponent. As you work out, those circles light up to indicate where you should punch it and when, sort of like an upright version of Dance Dance Revolution.

Although the product just launched from pre-sale in July 2020, Liteboxer the company was founded in 2017. I’m a freelance journalist who covers a lot of tech product releases, so when I got an invitation from Liteboxer to test out their device, I was excited to give it a try. 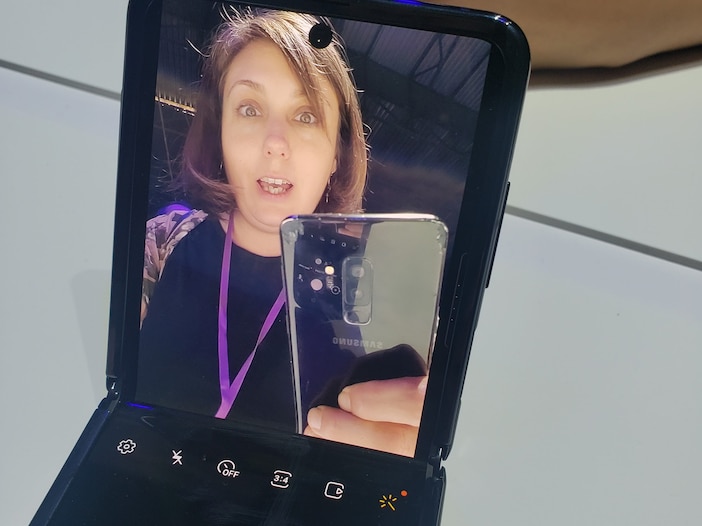 One thing I’ve learned about myself working out over the years is that I love a competition, especially one where I’m given a score at the end that I can strive to beat – or rub in my friend’s faces.

While there are tons of products out there where you can track things like runs and biking, I hadn’t seen anything that really offered that same experience for an upper-body workout. And although I’ve never done any boxing, it also sounded like a lot of fun.

I met a rep from Liteboxer at an Airbnb in downtown San Francisco, where the company had the device set up on a rooftop where I could use it in a COVID-safe way without any other people around.

At first glance, it looked pretty big. While technically just a digital punching bag, Liteboxer also has a substantial platform attached to it that takes up a good amount of space (37.6″ x 55.5″, to be exact). To me, it felt like more of a device for your home gym or garage than one you’ll tuck away in the corner of your living room.

Assembly is up to you unless you pay for white glove service, so getting one will also require you already have a bit of muscle: It comes in two 65-pound boxes.

Read more: From Peloton to ClassPass, meet the 17 digital fitness executives who are transforming the way Americans workout as the pandemic reshapes the exercise industry

To kick things off, you have to pair Liteboxer with a tablet or smartphone which will display your workout 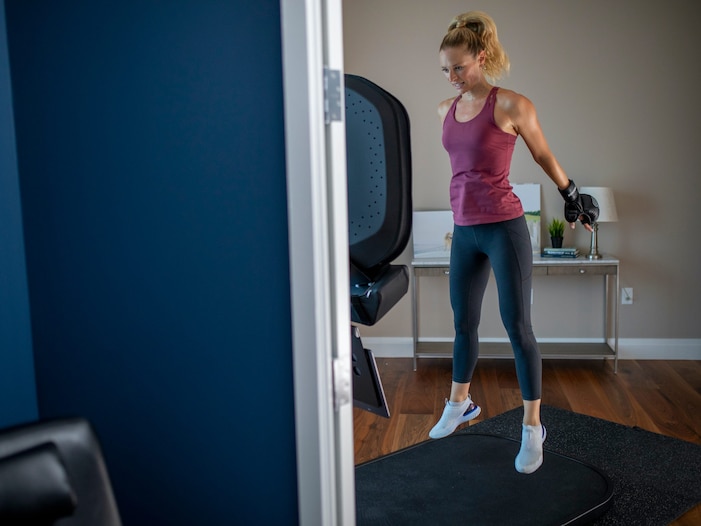 The Liteboxer doesn’t have a built in display, but it can pair with a phone or tablet.

Unlike the Peloton, Liteboxer doesn’t have a built-in display, so it’s up to you to provide that. Also different than Peloton is that the display isn’t the star of the show; instead, it’s placed on a tablet stand attached to the pole holding the bag up, well below where you’re actually working out, where it serves as more an audible coach than a digital one.

“We look at screens all day. The last thing you want to do is look at a screen when you’re working out,” Jeff Morin, Liteboxer CEO and cofounder told me over the phone a few days after my demo. “You’re not sucked into the tablet or anything; you’re actually just focused on following the light, feeling the music, and learning your trainer and getting absorbed in the workout.”

When it comes to workouts, you have two options: A guided session with a trainer or a free boxing session where you punch to a popular tune

Trainer workouts start with a stretch and warm-up where you’ll do things like jumping jacks and lunges. Admittedly, my own personal workouts have been limited to mostly walks around the neighborhood over the past few months, so even the warm up felt a lot like a workout to me.

There’s currently a roster of 10 boxing trainers who each release three to five new workouts a month that can be streamed on demand.

Like Peloton, you’ll need a $29 monthly subscription to really get the most out of device and access the recorded workouts with those trainers. However, even without a subscription, you have access to around a few dozen songs.

When you’re ready to start punching, you’ll step on the platform for the device and watch the panel in front of you 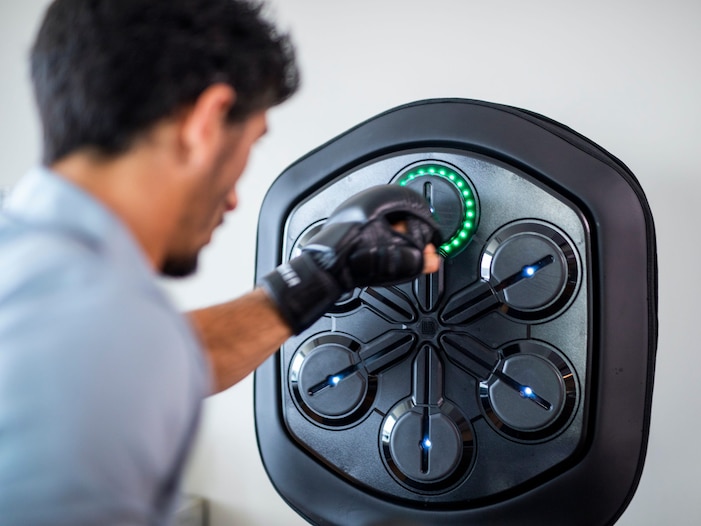 The boxing panel lights up to indicate where you should punch.

The panel itself has six circles on it, and as you work out a small light will travel from the center of the panel to the respective circle you should be hitting. It’s fun, but not exactly preparing you to step into an actual ring anytime soon.

“You’re learning technique,” said Morin. “Are you going to be a star boxer at the end? No. No matter how much you ride a stationary bike you’re not going to be an expert cyclist. This is more of a great full body workout that’s not a chore.”

The experience reminded me a lot of Dance Dance Revolution, except I was wearing boxing gloves and punching to the beat rather than jumping on arrows on the ground. Music available on the device is licensed from Universal, so it’s songs that you’ll know from artists such as Kanye West, Sam Smith, Halsey, and Nicki Minaj, which I found helped me lose myself in the workouts.

Read more: Peloton has climbed 415% this year. We asked 3 analysts – including one who expects a 78% stock decline – for their 2021 outlooks with the prospect of gym restrictions easing.

At the end of the workout, you get a score to show how you performed

Scores are represented both with an overall score, like you’re playing a video game, as well as with individualized stats about how forceful your punches were and how many of those punches landed successfully. While my punches scored only a two out of 10 for force, I was able to hit the panel with a fair amount of accuracy for a first-timer. I’ll thank years of obsessive DDR gameplay for that.

It’s a lot of fun, and it’s addicting: During my walk home from the demo I was plotting how to reorganize the garage in our home so I could potentially get one for myself.

While quite large and pricey, I think the Liteboxer also pushes itself well into video game territory that it’s something I could also see myself doing regularly – which, after all, is what it’s all about.