HomeMarketsHere are 5 ways investors should position their portfolios if Joe Biden wins, according to a top investment strategist

Here are 5 ways investors should position their portfolios if Joe Biden wins, according to a top investment strategist 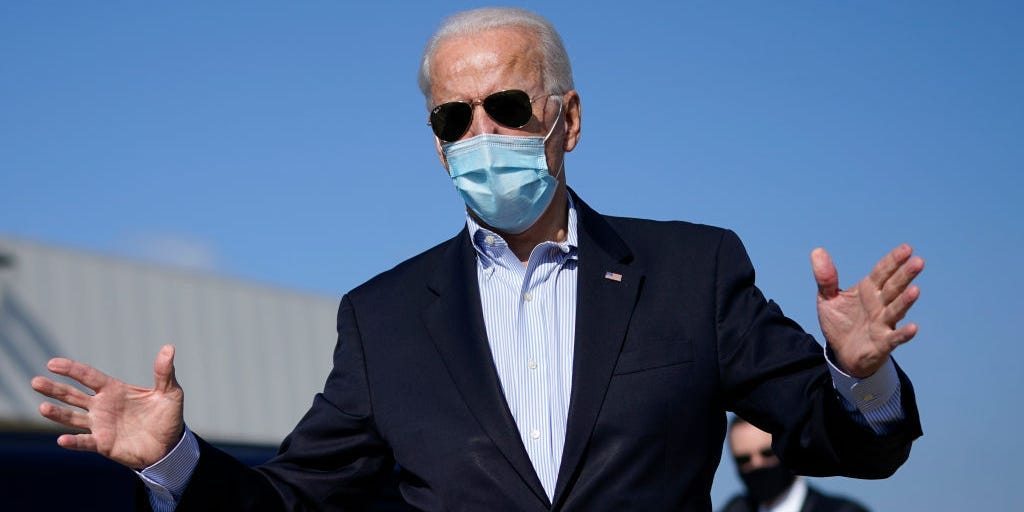 Investors across the globe are considering making changes to their portfolios and evaluating their exposure to ensure they are correctly positioned ahead of what promises to be a volatile US election.

Most are increasingly pricing in a Biden victory and a blue-wave outcome as the Democratic presidential nominee maintains a hefty lead in the polls. However, JPMorgan says markets may be too quick in expecting a Biden presidency as narrowing odds could lead to a contested election.

But in the event that Biden wins, here are five portfolio recommendations made by Jeff Mortimer, director of investment strategy at BNY Mellon:

1. Large-caps for the win

BNY Mellon has had a US bias tilted to large-cap equities over smaller-caps for a number of years, Mortimer said.

“Regardless of who wins in November, we believe the trend to bring manufacturing back to the US and to shorten supply chains will benefit larger companies,” he said.

He believes that under Biden, large caps will fare better given that they are more tied to the global economy, may benefit from a weakening dollar, and may be better positioned to realize profits under a higher corporate tax environment.

“We currently favor US equities given the Federal Reserve’s accommodative policies, signs of a strong consumer and the economic rebound underway,” the strategist said.

The dollar and US-China trade tensions could be hurt by expectations for more multilateral trade policies under Biden. That could cause BNY Mellon to make portfolio shifts into non-US equities — a move it began in August considering relative attractive valuations, a weaker dollar, and strength of the economic recovery outside the US, Mortimer said.

Read more: Don’t put too much energy into predicting the result — 5 key tips for clients from strategists at JPMorgan’s $1.9 trillion asset management arm with less than two weeks to go to the election

“A less protectionist trade policy may stimulate growth for many export-driven, emerging market economies. Countries most dependent on exports, including Mexico and Canada (both with about 70-80% of exports to the US), may be hurt, while other emerging markets with fewer exports to the US, such as Russia (<5%) and China (20%), might do quite well in comparison,” he said.

4. Recognize the value of tax-exempt bonds

“In an environment of ‘lower-for-longer’ yields, we continue to emphasize the value of tax-exempt bonds. Biden has advocated increasing the marginal tax brackets for the highest income earners, which would make municipal bonds more attractive as this would increase the tax-equivalent yield,” the strategist said.

BNY Mellon may increase exposure to both high-yield and high-quality municipal bonds under a Biden administration.

“We currently have a small overweight to diversifiers, which are designed to help buffer swings in the market. The recent equity market volatility in September, with a rotation from technology names that have led the rally to more cyclical names, shows how quickly market trends can shift. Thus, it is important to have asset classes that are less correlated to stocks and bonds,” he said.