HomeMarketsGameStop nearly died in 2019. Now, hedge funds are scrambling to deal with the company's exploding stock. Here's what's going on.

GameStop nearly died in 2019. Now, hedge funds are scrambling to deal with the company's exploding stock. Here's what's going on. 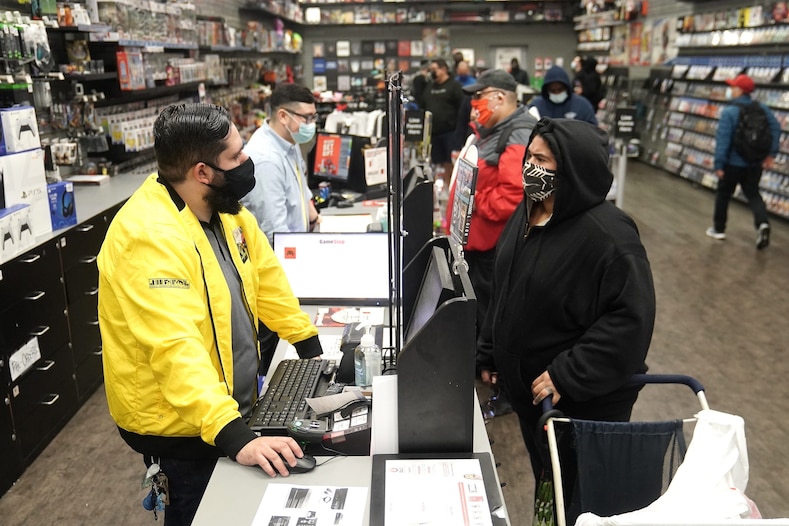 Inside a GameStop store in Manhattan, New York City, on November 12, 2020.

And it stayed in that range for just shy of two years.

Even in 2020, while the video game business (including GameStop) saw huge gains due to coronavirus lockdowns, GameStop’s stock price remained in the gutter. As recently as late August – just under five months ago – the world’s largest video game retail chain had a stock value of less than $5 per share.

But in the second half of 2020, with big financial names like Michael Burry and Ryan Cohen buying up shares in the ailing retailer, things started looking up. The company’s share value gradually increased, until it outright surpassed its pre-collapse value in late 2020. 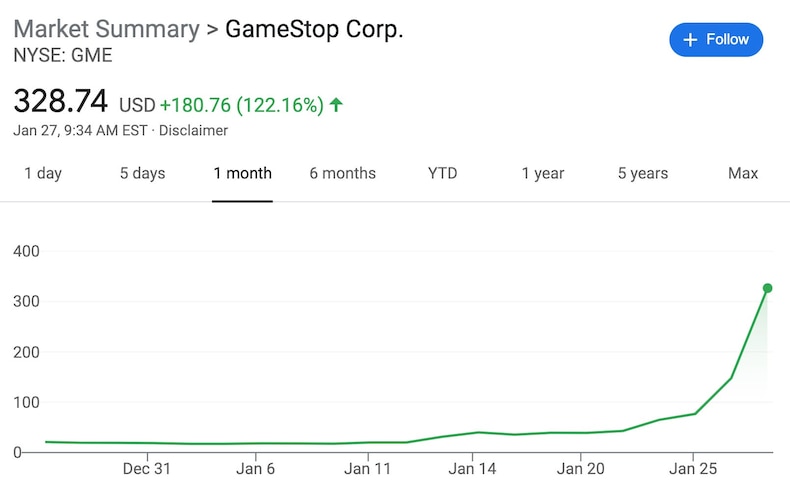 The last month of GameStop’s stock value movement demonstrates how much it has shot up in value.

The forum, named “Wall Street Bets,” has over 2 million members, and its the collective action of those members that’s driving up the value of GameStop’s stock. Simply put: As more people buy the stock, its price increases. And there’s no signs of that collective action stopping anytime soon.

Another thread urged users not to sell, and to remove their $1,000 price limit which would automatically trigger sales. “GME will stay going until WE sell. Do not f—ing sell boys, $1,000 was the original target but nothing is stopping this from getting to $5,000 but us. It sounds like a meme but it isn’t. Hold on tight and make father Musk proud!”

More than anything else, the prevailing theme in Wall Street Bets is collective power – enough collective power to push back on the hedge funds and analysts that predicted GameStop’s stock would never reach such heights.

“FOR ALL THE BIG F—ING HEDGE FUNDS MONITORING US, THIS IS A MESSAGE FROM US TO YOU, WE F—ING OWN YOU NOW, F—. YOU. GO BUY THE F—ING NEWS. LIKE AND COMMENT SO THEY SEE THIS POST. F— YOU MELVIN CAPITAL. F— YOU CITRON RESEARCH. YOU HAVEN’T CLOSED S–T. THIS IS GONNA GO DOWN IN HISTORY,” one such post reads. 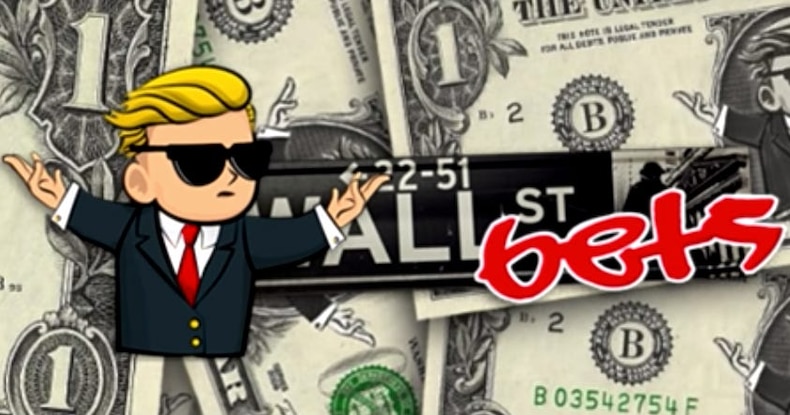 An image from the Wall Street Bets subreddit.

But that doesn’t mean the value will hold in the long run, or that GameStop is actually worth its stock value to its shareholders.

The current explosion in GameStop’s stock value is “just a cult phenomenon,” Wedbush Securities managing director Michael Pachter told Insider. “They don’t currently have the earnings power to support a price this high.”

That’s because, like Blockbuster Video and Tower Records before it, GameStop faces major challenges to its business model from the internet. As more people buy video games through digital storefronts, fewer buy games on physical discs. And GameStop is in the business of selling physical discs.

Despite a shakeup to the company’s C-suite and the addition of Ryan Cohen to the company’s board, GameStop doesn’t have a long-term plan to stave off oblivion. “The market appears to believe Ryan Cohen has a strategy that will take earnings up by a lot,” Pachter said. “I can’t give him credit for his genius until I see what the strategy is.”

Got a tip? Contact Business Insider senior correspondent Ben Gilbert via email (bgilbert@businessinsider.com), or Twitter DM (@realbengilbert). We can keep sources anonymous. Use a non-work device to reach out. PR pitches by email only, please.