HomeMarketsFrom Chamath Palihapitiya to Ray Dalio, here's what 7 investing titans think about bitcoin as it soars to new heights

From Chamath Palihapitiya to Ray Dalio, here's what 7 investing titans think about bitcoin as it soars to new heights 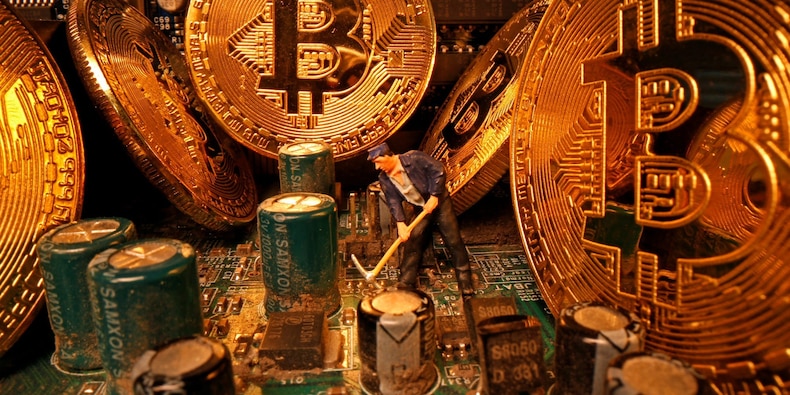 Bitcoin rose above $18,000 on Wednesday to its highest level in three years as institutions and investors around the world continued to pile into the cryptocurrency. While some investing legends like Chamath Palihapitiya have been outspoken bulls since the coin’s inception, others have raised their doubts.

Detailed below is what seven investing titans have said about bitcoin in the past:

Billionaire venture capitalist Chamath Palihapitiya told CNBC in February that “everyone” should have 1% of their assets in Bitcoin because it’s a “fantastic hedge.”

“It would be great that an average individual citizen of any country of the world has an uncorrelated hedge… Every financial instrument is correlated, except Bitcoin, the Social Capital CEO said.

Palihapitiya frequently tweets “HODL,” a slang term within the cryptocurrency community that refers to holding the coin rather than selling. For example, on Sept. 22  he tweeted, “I’ve made some great bets before but nothing compares to my bitcoin bet in 2012…PS, HODL.”

Read more: MORGAN STANLEY: Buy these 21 stocks set to soar at least 50% as their earnings rebound from a COVID-19-induced rout

“I’m a bit of a dinosaur, but I have warmed up to the fact that bitcoin could be an asset class that has a lot of attraction as a store of value,” Stanley Druckenmiller told CNBC on Nov 9. The head of Duquesne Family Office expects inflation to rise in the next five years and said owning bitcoin will be a good hedge against inflationary pressure. The billionaire investor added that he owns a “tiny bit” of the coin.

The founder of the world’s largest hedge fund tweeted on Tuesday he “might be missing something about bitcoin” and sees a number of reasons why the coin can’t serve as a reliable currency.

Dalio said bitcoin isn’t a “very good as a store-hold of wealth” because its volatility is so high. He added that he doubts central banks, institutional investors, businesses, or multinational corporations would ever buy large amounts of bitcoin to hold as a reserve asset. However the Bridgewater Associates founder admitted to his twitter followers he’s open to being corrected if he’s “wrong about these things.”

Read more: A 28-year-old hedge fund co-investing chief shares how he advanced from community college to Wall Street — and breaks down his two-pronged approach to managing the fund’s volatility strategies

“It’s been very volatile, but I think right now its staying power gets better every day. I think the risks of bitcoin going to zero are much much lower than they’ve ever been before,” said the founder of Miller Value Partners in a CNBC interview on Nov. 6.

The investing legend also pointed out that Bitcoin has been the “single best performing asset class” in the last year, five-year, and 10-year periods.

“Bitcoin has this enormous contingence of really, really smart and sophisticated people who believe in it,” Jones said. “It’s like investing with Steve Jobs and Apple and investing in Google early.”

Read more: Cannabis stocks soared after Biden’s win. Morningstar’s chief US market strategist told us the 2 names that are still the most undervalued — and says the industry is well-positioned for gains in the years to come.

In a RealVision interview from Oct 1, billionaire “Bond King” Jeffrey Gundlach voiced his doubts about bitcoin. “I don’t believe in bitcoin. I think that it’s a lie. I think that it’s very tracked, traceable. I don’t think it’s anonymous.” Gundlach later added that he was “not at all a bitcoin hater.”

Outspoken bitcoin bull Mike Novogratz told CNBC on Wednesday bitcoin has “hit escape velocity” and could surge to $60,000 by the end of 2021 as more institutional investors adopt the cryptocurrency.

“People are going to bitcoin because there’s 20 million bitcoins that will ever be mined, there’s complete scarcity in it. People believe it’s a store of value. It’s a social construct, and you can’t change that,” said Novogratz.

On Monday he tweeted, “A lot of friends asking me if they missed the crypto rally. [For whoever is wondering], I bought more $BTC and $ETH last night. #bullish.”

The Galaxy Digital CEO said in July that 20% of his net worth is in bitcoin.

Read more: RBC says buy these 25 healthcare-tech stocks to reap the benefits of the US digital health industry, which has been accelerated by 5 years because of COVID-19