WEST COVINA, Calif., Jan. 22, 2021 /CNW/ — Popular fast-food chain Jollibee, known for its unique and mouthwatering take on comfort food, is strengthening its footprint across Canada with the addition of two new stores this month. The brand will open its seventh location in the province of Ontario in Mississauga on Saturday, January 23. Days later, the brand will open its fifth location in the province of Alberta in West Edmonton on Thursday, January 28. 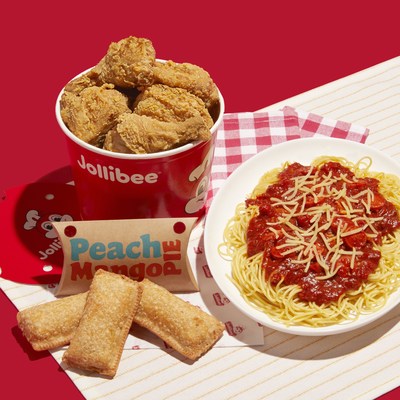 The addition of the two stores brings Jollibee’s Canada store count to 16 and the brand’s North American store count to 62. The new Mississauga and West Edmonton stores arrive on the heels of Jollibee opening a location on downtown Toronto’s historic Yonge Street just last month. As previously announced, the brand plans to add 28 stores to its North American network in 2021, nine in Canada and 19 in the U.S. The expansion will mark the largest addition to Jollibee’s North American store network in company history.

The latest Mississauga store is located at 100 City Centre Drive, situated within the popular Square One Shopping Centre. Square One is Canada’s second largest mall in terms of retail space and fifth busiest mall in the country, seeing 23 million visitors in 2019. The store is conveniently near the main entrance of the mall and across from the Mississauga City Centre Transit Terminal. The store will be open for call & pick-up, to-go, and delivery via DoorDash. Store hours are 11AM – 7PM, seven days a week.

The new West Edmonton store is primely situated across from West Edmonton Mall, the largest shopping mall in North America and the most visited mall in Canada. Located at 17136 90th Avenue, Jollibee invites hungry shoppers to satisfy their fried chicken cravings with the brand’s Jolly Crispy Chicken. The store will be open for call & pick-up, to-go, drive-thru and delivery via DoorDash. Store hours are 9AM – 10PM, seven days a week.

To provide a safe environment for customers and store team members in the midst of the COVID-19 pandemic, the dining rooms for both of these stores will remain closed until further notice.

“During these times, we are humbled by the role our food plays in bringing a spark of joy to those who visit us,” said Maribeth Dela Cruz, President of Jollibee Group North America, Philippine Brands. “We know Canadians love their chicken so we have set very aggressive expansion goals to bring our unique take on fried chicken to every corner of the country. Our hope is to continue spreading joy by increasing easy and safe access to our great tasting food, headlined by our beloved Jolly Crispy Chicken and other Jolly favorites.”

Jollibee openings have been known around the world to inspire multi-day camp-outs and generating huge numbers of enthusiastic fans. With the onset of the pandemic and safety measures in place, Jollibee’s fans and curious new customers cannot pack into stores, but they are still showing their support by coming out in droves, and engaging in socially distanced line-ups to welcome Jollibee to their neighborhood and get a taste of joy.

Both stores’ offerings will include:

Though the pandemic has delivered challenges across the restaurant industry, Jollibee’s North American business has remained strong with 2020 previously being the brand’s most aggressive year yet. Last year, the brand opened 16 stores across Canada and the U.S. and has been able to persevere by focusing on off-premise channels including call & pick-up, to-go, drive-thru and delivery via DoorDash.

For more information on these and Jollibee’s other upcoming 2021 store openings, stay tuned to Jollibee Canada Facebook and Instagram pages.

In North America, Jollibee opened its first store in 1998 in Daly City, California. It now operates 60 stores across the region, with 46 stores in the states of Arizona, California, Florida, Hawaii, Illinois, Nevada, New Jersey, New York, Texas, Washington, and Virginia of the United States, and 14 stores across Manitoba, Ontario, Alberta and Saskatchewan, Canada.

Jollibee Group has been named the Philippines’ most admired company by the Asian Wall Street Journal for eight years and was honored as one of ‘Asia’s Fab 50 Companies’ by Forbes Asia Magazine.

Jollibee Group has grown brands that bring delightful dining experiences to its customers worldwide, in line with its mission of serving great tasting food and spreading the joy of eating to everyone.