HomeMarketsApple TV+ may lag far behind its competition, but Apple is still winning at its own game

Apple TV+ may lag far behind its competition, but Apple is still winning at its own game 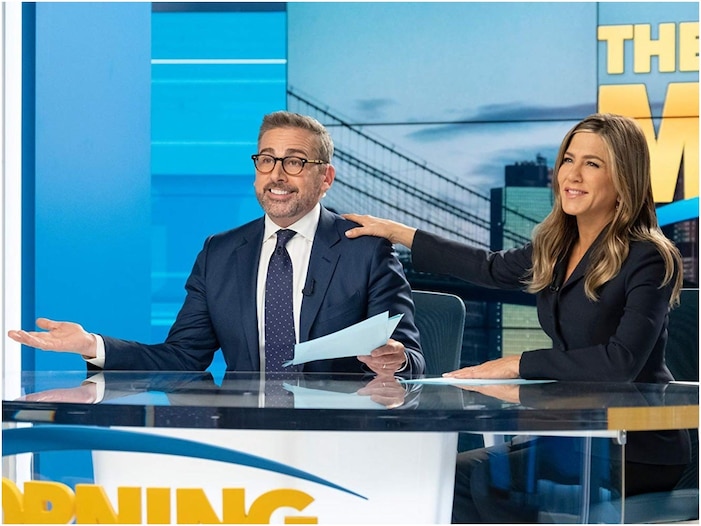 Steve Carell as Mitch Kessler and Jennifer Aniston as Alex Levy on “The Morning Show.”

For a company like Apple that usually churns out best-in-class products that in many ways define their respective categories, Apple TV+ looks like a flop by most standards. The streaming service isn’t bad, but it’s certainly not a hit – at least not by the way we usually measure these services.

Analysts estimate that Apple TV+ had around 10 million paying customers within three months of its launch a little over a year ago (the company has yet to share total subscriber numbers). For comparison, in its recent shareholder letter, Netflix touted that it had its best year ever in terms of growth in members, adding 37 million net new paid subscribers in 2020 for a total of 200 million subscribers. Even newcomer Disney+, which launched the same month as Apple TV+, has grown to 87 million subscribers.

Netflix also accounted for 22% of the time users spent watching content in 2020, according to third-party streaming data and analytics service Reelgood. Apple TV+, meanwhile, doesn’t even make the list. JustWatch, another company that tracks streaming activity, reported that while Netflix accounted for 31% of the streaming market in Q4 2020, Apple TV+ only accounted for 3%, even less than NBCUniversal’s Peacock, which launched July 2020 during the pandemic. 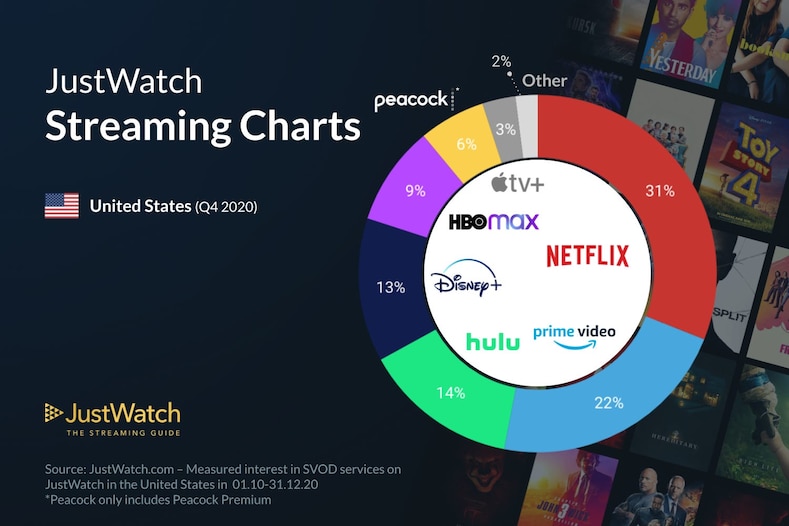 That isn’t to say that Apple TV+ hasn’t had some hits in the last year, with crowd-favorite “Ted Lasso” and “The Morning Show” giving the tech company its first Emmy. At the same time, the biggest problem Apple faces right now in respect to keeping those hits coming is, unsurprisingly, COVID-19.

“The Morning Show” debuted more than a year ago and only recently started production on its second season. “Ted Lasso” has been renewed for two more seasons, but won’t likely be back until sometime in the fall 2021. The lack of content and delay in releasing the second seasons of its popular shows is likely behind Apple’s move to again extend free trials of Apple TV+.

But Apple TV+ on its own doesn’t need to be a hit – it just needs to be good enough to convince people to sign up for Apple One, the company’s subscription bundle. By that measure, Apple TV+ is a success.

Over the past few years, Tim Cook has made it clear that Apple’s focus is on its lucrative services division. That division now accounts for as much as 22% of the company’s revenue, behind only the iPhone.

To support that focus, last fall, Apple launched Apple One, which includes Apple Music, iCloud, TV+, and Arcade. There’s a family plan available that allows you to share those services with up to six people, and a Premier Plan that includes more iCloud storage, Apple News+, and Fitness+. Reports suggest Apple is also considering a paid subscription podcast service that would be a natural fit for this bundle of services.

For Apple, the math is simple. Each component of the ecosystem works as a force multiplier, making the whole far greater than the sum of the individual parts.

On its own, Apple TV+ isn’t particularly unique. But when you consider it a part of Apple One, it’s much more compelling.

Measuring the dollar value of a bundle isn’t complicated. You add up the individual components and subtract a discount. For the consumer, if the cost of the bundle is less than you’re willing to pay for the individual services included, it’s a good deal. For Apple, every existing user who upgrades to the bundle from whatever services they’re already subscribed to is a net positive. The same is true for new users who weren’t previously subscribed to anything.

The perceived value, however, is a different thing entirely. People do strange math when it comes to evaluating whether to spend money on a subscription bundle. They’ll often pay $3 more for a bundle that includes a $5-a-month service they wouldn’t pay for on its own. To that end, they might pay $12 more to upgrade and get two more services that would have otherwise cost them $15 more, even if they don’t particularly care about one of them. It’s just a part of the bundle, and it adds perceived value.

This is how cable television has worked for decades. You pay $10 a month to add ESPN, but it includes seven different channels, most of which you would have never paid for on their own. In that sense, they have no value to you – except when they’re included in a bundle, they make the perceived value of the thing you were willing to pay for seem greater.

Maybe the best example of this is Amazon Prime, which was originally a service that offered members free shipping in exchange for an annual fee. Over time, Amazon added services like members-only deals, expedited shipping, a music service, and Amazon Prime Video, which is, imagine that, a streaming video service.

In Apple’s case, I wouldn’t be surprised if, at some point, the company takes the all-in-one service bundle and includes an iPhone with AppleCare+ as well, something it’s already hinted at. That the company hasn’t done it already is probably only an effort to avoid additional antitrust scrutiny at a time when tech companies are facing plenty already.

Apple’s services don’t have to be the best at what they do, either. I don’t know anyone who thinks iCloud is the best online file storage service, but it’s definitely the most convenient for those with an iPhone. At the same time, few people consider Apple Music to be dramatically better than Spotify, but there are still some 70 million people who subscribe to the former.

That brings us back to Apple TV+, which isn’t the best streaming service by any measurement, except maybe the one that matters most to Apple – whether the value it adds to the bundle exceeds the cost to make it, in terms of encouraging people to subscribe to Apple One.

There’s a good chance we’ll learn more about that when Apple announces its first-quarter earnings next week, but I suspect the company considers it a win. Honestly, that’s the only thing that really matters.