The Apple logo at an event at the company’s headquarters in Cupertino.

In last few years, rumors of an Apple car have often popped up.

Some of those reports came from supply chain leaks, but most were from vehicle-related patents filed by the company. In 2017, for example, an Apple patent gave the first hint Apple would make self-driving vehicles.

As of last week, Apple and Hyundai were planning to sign a deal to make the first “beta” version of an Apple car in the US by next year, according to Reuters.

One of the biggest unanswered questions is how much control Apple will have over the vehicle design, because the company is most successful when controls every aspect of a product, from concept to delivery, according to Morgan Stanley analysts.

“This means designing the components and designing every part of the product… how it looks and feels to the consumer, the software and the ecosystem that surrounds those products,” said Morgan Stanley analyst Katy Huberty, according to a research note sent to clients this month.

While patents offer insight to what final features and product will look like, they’re not a guarantee that every patented idea will make it into the final product.

Holographic images on the windshield

An Apple vehicle might have holographic images displayed on its windshield, according to US Patent 10,866,414 B2, “System with Holographic Head-Up Display,” from December 15, 2020.

In that patent, Apple’s designers described a system that would shoot holographic images onto the windshield or other windows, which would then be reflected back to the driver and passengers. Those images may include information about the vehicle – including “speed, direction, and location” – or information about what’s happening inside, like what song is playing on the radio. 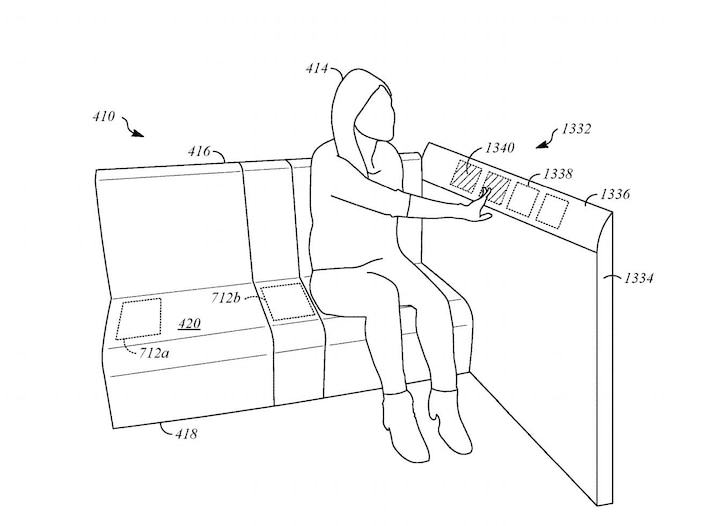 That patent described ways passengers could tap, touch, or pinch their surroundings. An input device would be “concealed behind a surface” and, when touched, would light up. 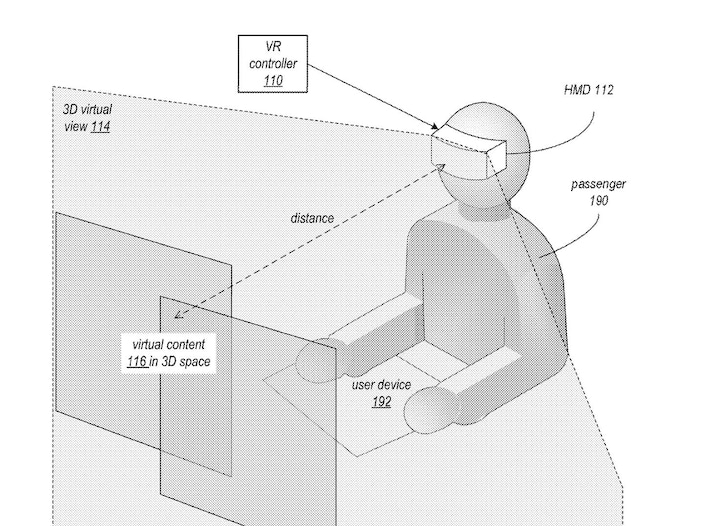 For those who suffer from motion sickness, Apple may be working on a solution, according to US Patent 10,825,255 B2, “Augmented Virtual Display,” from November 3, 2020.

That patent included a virtual reality system that projected content that appeared stabilized for passengers who experience motion sickness. According to the patent: “The VR system may aid in productivity, as passengers may perform work while riding in the vehicle without experiencing motion sickness.” 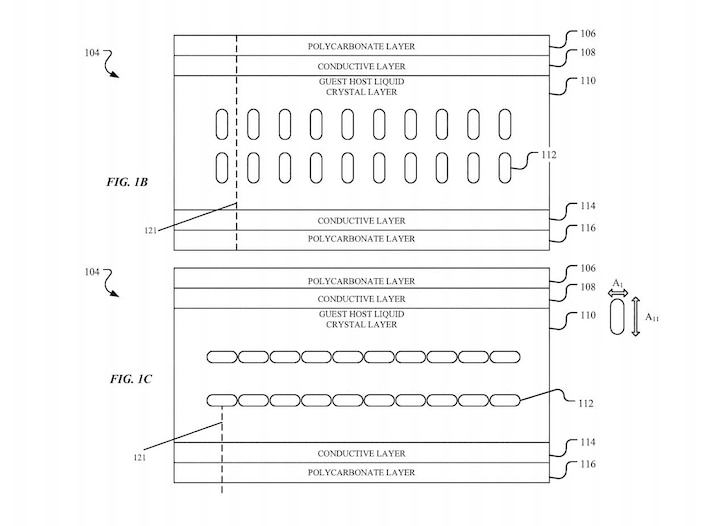 An illustration from “System and Method for Dynamic Privacy and Window Tinting,” US Patent 10,843,535 B1.

Apple designers may be working on controls for privacy glass and tinted windows, according to US Patent 10,843,535 B1, “System and method for dynamic privacy and window tinting,” from November 24, 2020. That patent described a way to “intelligently tint” windows. 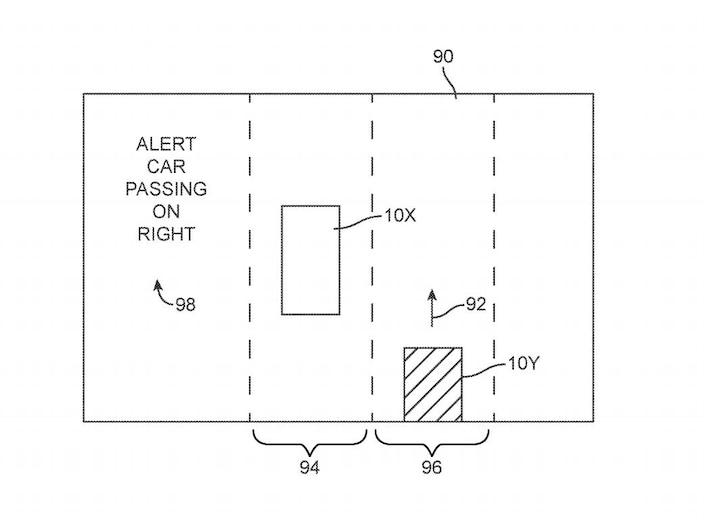 An illustration from “Wireless Vehicle System for Enhancing Situational Awareness,” US Patent 10,878,699 B2.

Apple vehicles may include new way to send alerts to drivers, according to US Patent 10,878,699 B2, “Wireless Vehicle System for Enhancing Situational Awareness,” from December 29, 2020.

According to the patent: “Alerts may be presented to a driver of a vehicle and other suitable actions may be taken based on the locations of nearby vehicles, vehicle type information, and other information regarding traffic in the vicinity of the driver.”

The patent’s illustrations included possible alerts that could be sent to the driver, including “Ambulance Passing Pull Over Now” and “Alert Car Passing On Right.” 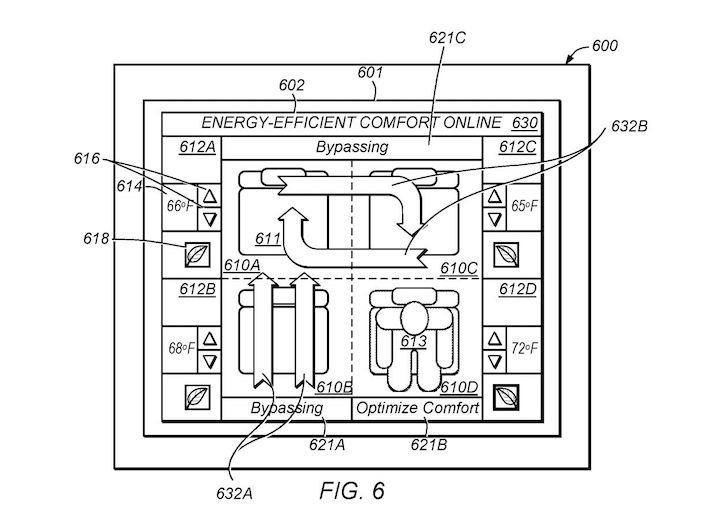 That patent detailed a way to determine the “optimal comfort conditions” for a wide range of situations. It would include “various vehicle components to control climate conditions, including window assemblies, sunroof assemblies, etc.” It would determine the climate based on “perceived temperature of various occupant body parts,” according to the patent.