HomeMarketsAn exceedingly rare '90s supercar owned by the Sultan of Brunei is on the market for $729,000

An exceedingly rare '90s supercar owned by the Sultan of Brunei is on the market for $729,000 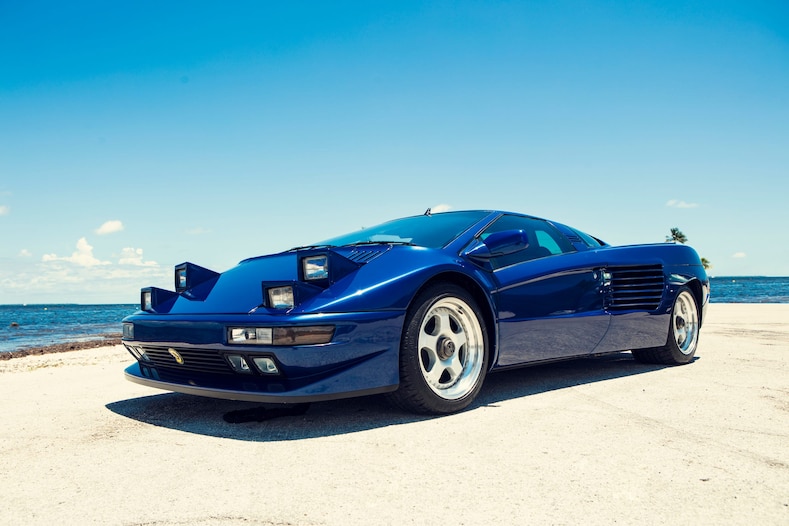 Low mileage, high performance, and rarity are all great, but an interesting story is what separates the ordinary from the highly coveted when it comes to classic cars. Now there’s a supercar up for sale in Miami that has all of that and more.

An extremely rare 1993 Cizeta V16T formerly belonging to the Sultan of Brunei is now up for grabs through Curated, a dealership specializing in vintage supercars.

Read more: Car auctions have seen a digital boom amid the pandemic, with industry leaders citing a ‘reallocation’ of priorities and resources

Cizeta, a short-lived supercar company founded by ex-Lamborghini engineer and exotic-car dealer Claudio Zampolli and famed record producer Giorgio Moroder, built fewer than 20 cars during its main production run from 1988 to 1994, and this is one of them.

Given its history and rarity, Curated is asking deep six figures for the car — $729,000 to be exact. And lest you think that the pandemic might have destroyed the market for ultra-high-end vehicles, car auctions have actually seen a boom over the last several months. Auction companies like Hemmings and Bring a Trailer have noted a spike in demand, despite overall uncertainty in the economy.

Check out the Cizeta and its story below — you probably won’t see another one on the market for a while.

The 1993 Cizeta V16T up for sale is one of only nine models built, and it’s the only example finished in blue on blue.

The Sultan of Brunei, Hassanal Bolkiah, bought it new in 1993, adding it to his collection that’s reported to have several thousand cars. 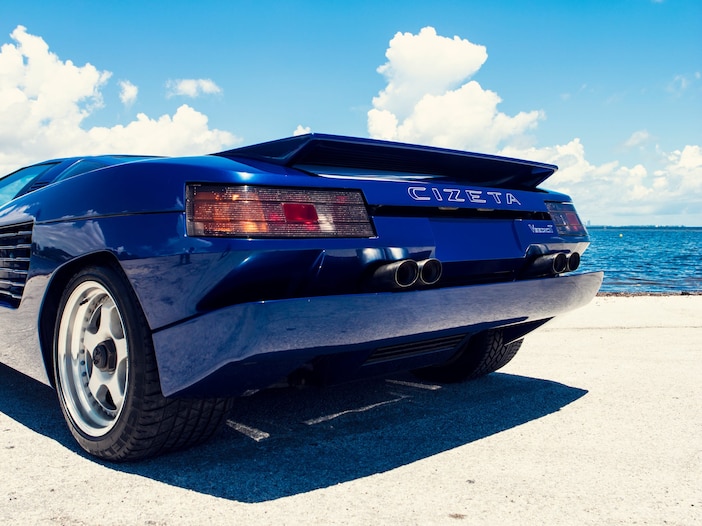 The car was imported to Singapore, and it never actually made it to Brunei. Curated scooped it up earlier this year. 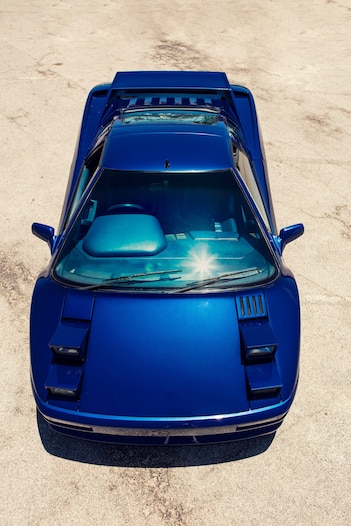 According to the listing, the car made an appearance at the 1993 Geneva Motor Show. 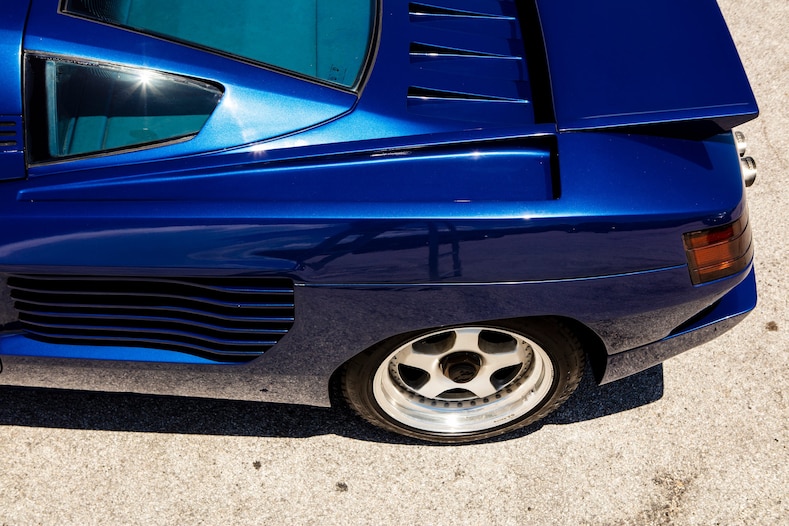 The V16T was designed my Marcello Gandini, who also penned such classics as the Lamborghini Countach and Miura. 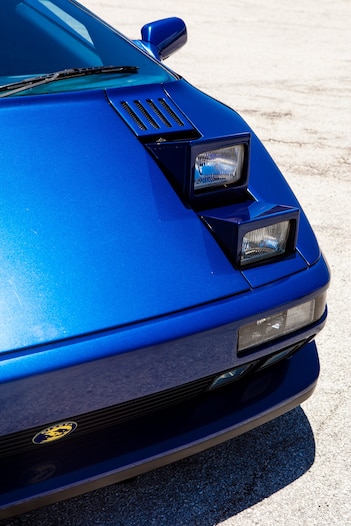 The car only has 600 miles on it, and was never even registered. Cizetas were hand-built mainly by former Lamborghini and Ferrari engineers.

And they sported not one but two pairs of pop-up headlights. Very ’90s. 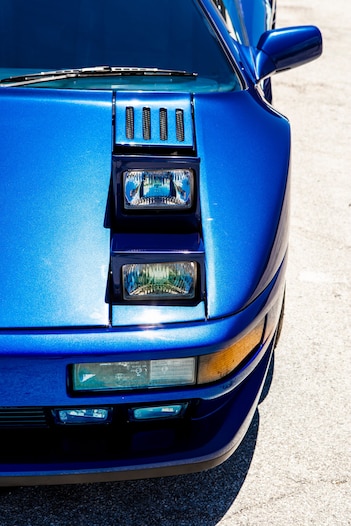 But the V16T’s coolest feature, arguably, is its namesake 6.0-liter 16-cylinder engine. 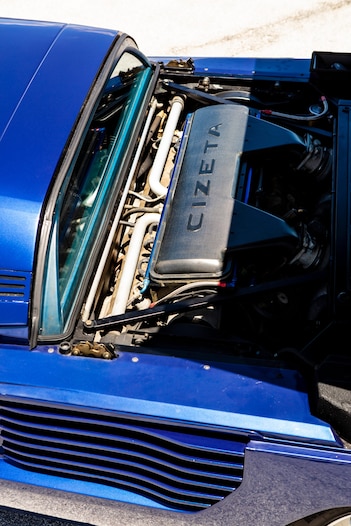 It produced a claimed 540 horsepower and 400 lb-ft of torque when new. 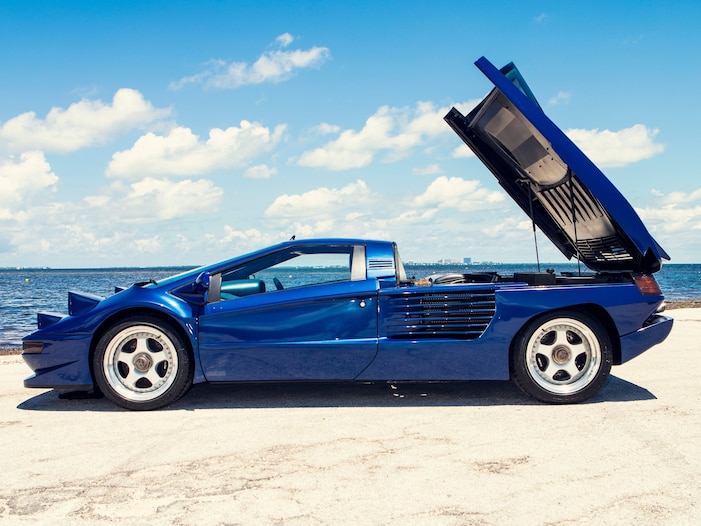 That massive engine is fed by a 37-gallon fuel tank. 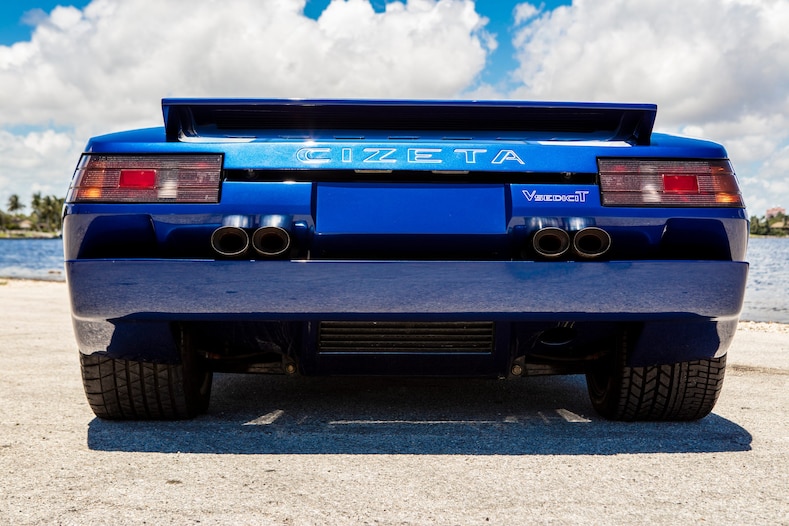 According to the selling dealer, the interior shows no signs of wear and the tires are original from 1993. 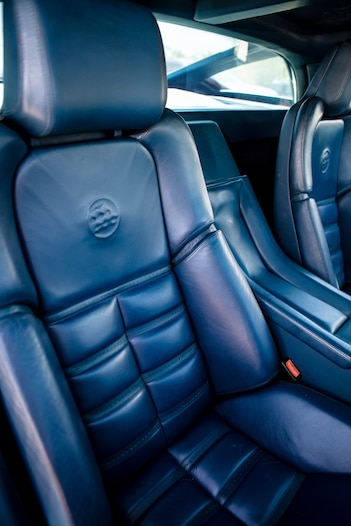 This specific V16T, according to Curated, was always Zampolli’s favorite example. Whether it’s worth more than $700,000 to you is wholly subjective, but it definitely has a lot going for it. 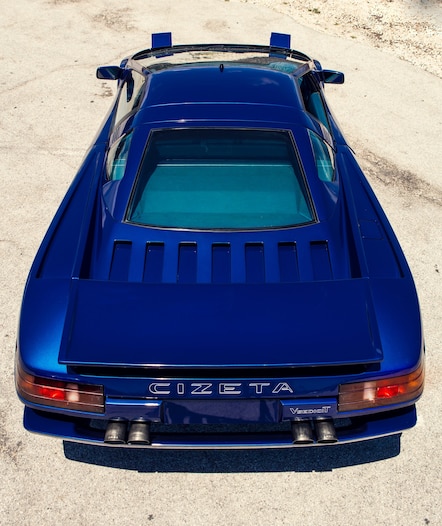