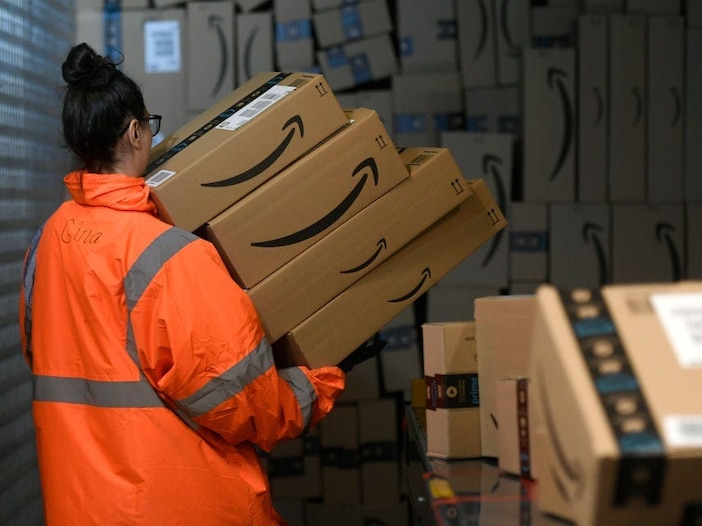 Amazon will pay out $500 million in holiday bonuses to front-line workers, the company said in a blog post Thursday.

The coronavirus had led to a surge in e-commerce spending, and Amazon has reported huge earnings this year. The online retailers warehouses around the country remained open, potentially putting employees at risk for infection. In October, Amazon reported an infection rate of 1.44% among its front-line workers. 19,816 front-line workers at Amazon and Whole Foods, which it owns, tested positive out of more than 1,300,000 workers according to the company.

Other retailers benefitting from the e-commerce boom have offered similar bonuses to employees. Home Depot added $1 billion in pay to workers in the form of weekly bonuses and more paid time off, and the company recently announced that these changes would become permanent.

Walmart has also paid out over $1 billion in bonuses this year, with a $428 million bonus program for associates in August. Employees received either $300 or $150 depending on their hours, the exact same amounts promised by Amazon.