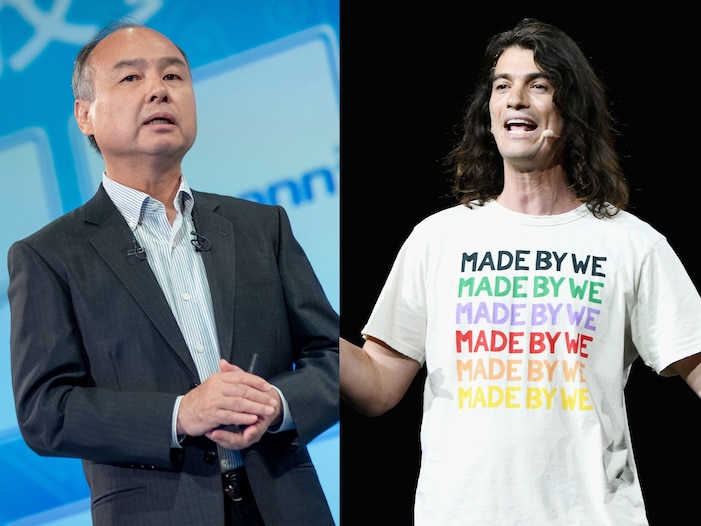 Investing giant SoftBank reportedly invested more than $18 billion into coworking startup WeWork, which SoftBank CEO Masayoshi Son has since called a “foolish” decision. WeWork went from a massive $47 billion valuation in 2019 to a failed IPO, along with ousting its founder and CEO Adam Neumann — but Son still has positive things to say about Neumann.

At The New York Times DealBook conference, moderator Andrew Sorkin asked Son about what lessons could be learned from WeWork. Son said that Neumann is “a smart guy” who knows he’s made mistakes. He believes Neumann is telling himself that right now. “I think he’s a smart guy, an aggressive guy” who has capability as a great leader, Son said. “Any human makes some mistakes.”

Of SoftBank’s role in raising WeWork’s profile, “I’m part of the responsibility for his mistake” Son said. “I still love him…I still respect him,” he said of Neumann. Son said that he believes Neumann will go on to do “great stuff” in the rest of his life. “Someday he will be very successful, he will say he learned a lot.”

Read more: Shareholder activism works, even in tough markets like Japan. This $1.2 bln money manager breaks down how to do it, and why ‘Nasdaq whale’ Softbank is a great investment

WeWork was heavily criticized after the failed IPO. SEC filings in 2019 showed that Neumann owned several buildings leased by WeWork, and SoftBank loaned him $7 million in 2016. He also cashed out $700 million in stock options ahead of the planned IPO, an unusual move among founders. In October SoftBank took over WeWork, giving Neumann a “golden parachute” to step down.

In early 2020, Neumann sued SoftBank, claiming the company backed out of an agree to buy nearly $1 billion of his WeWork shares, with trials set for 2021. Two separate suits from Neumann name Son.