HomeMarketsA Wall Street strategist breaks down why bitcoin's latest surge past $18,000 is sniffing out a major downward spiral in the stock market's hottest trade

A Wall Street strategist breaks down why bitcoin's latest surge past $18,000 is sniffing out a major downward spiral in the stock market's hottest trade 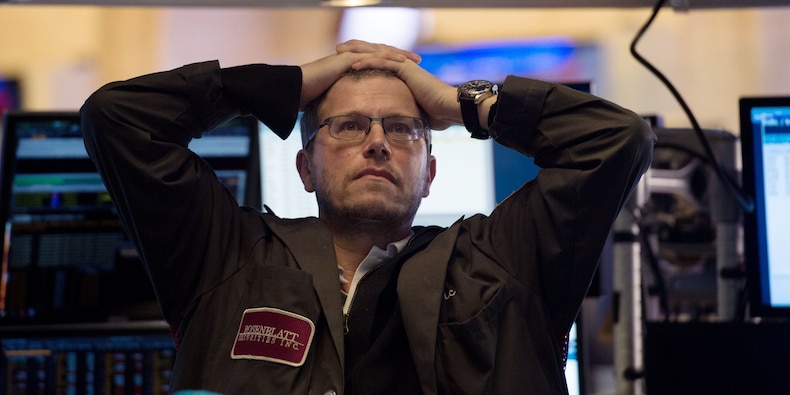 Just a few months ago, experts were warning that investors who overlooked the risk of inflation were doing so at their own peril.

And who could blame the unbelievers? After all, the longest expansionary cycle in history and trillions worth of monetary stimulus had failed to meaningfully move the needle on inflation.

But the tone has changed of late. These days, the prospect of inflation — an improvement in economic growth and wages that leads to higher consumer prices — is widely accepted.

To understand the turnaround, look no further than the promising news on COVID-19 vaccine trials in November. The scientific breakthroughs, combined with the outcome of the US election, have spurred a so-called reflation trade in the stock market.

Value stocks, small-caps, and other parts of the market that advance with the economy have roared to life because investors are betting that the worst of the pandemic will soon be behind us — and they are more confident that inflation will return.

But Albert Edwards, a global strategist and economist at Societe Generale, is not taking any comfort in Wall Street’s views on inflation. He is instead reiterating his long-held thesis that a deflationary bust similar to Japan’s in the 1990s is headed for the US and European countries.

At its worst, deflation is a self-reinforcing cycle: lower consumption during an economic slump prompts businesses to cut their investments, which then raises unemployment and limits spending all over again. And — you guessed it — it’s not good news for stocks.

“Despite the good news that multiple Covid-19 vaccines are likely to be available next year, can the markets really look beyond the deflationary impact of a second wave lockdown?” Edwards asked in a recent note to clients. He was writing against the backdrop of record daily infections in the US and renewed lockdown measures in Europe.

He went on to explain why the likely answer to his question is no, despite the surge of confidence in a vaccine-induced recovery.

For one, long-forsaken value stocks are on pace for their best month relative to growth stocks in 12 years, according to data compiled by Ally Financial. That’s one trade that could reverse at short notice.

But an even more stunning reflation-related rally has occured in the cryptocurrency market. Bitcoin has gained 45% over the past month to cross the $18,000 mark for the first time in nearly three years. What’s more, its market capitalization recently hit a high of $337 billion, surpassing a record of $328 billion set in December 2017.

Although bitcoin is notorious for making big swings that are sometimes hard to explain, multiple experts including Edwards are tying the latest move to the reflation trade. Their rationale is that bitcoin serves as a hedge against inflation because like gold, its value is partly derived from its finite supply. 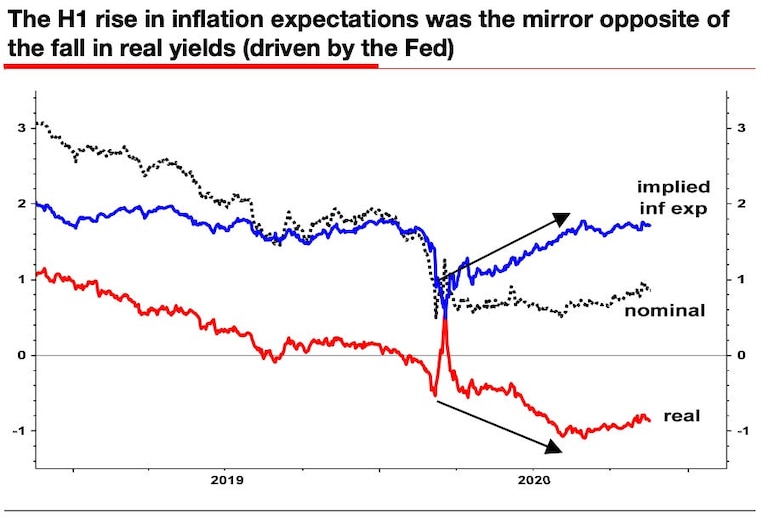 Another market move that has him skeptical of the broader reflation trade is gold’s relatively tepid move during the bitcoin surge. Even the original inflation hedge is not as excited as one would think — and investors should take notice.

“I would expect the US inflation data to soon converge to the shockingly weak core inflation data out of the eurozone of only 0.2% yoy,” Edwards said. “Disturbingly, some of the most highly indebted countries like Italy, Spain and Greece have fallen into outright deflation.”

Edwards is clearly going against the consensus on inflation and, by extension, the stock-market trades that are benefitting from bets on inflation. As a self-described “uber bear,” such a stance is within his wheelhouse — and he is on standby for the popular reflation trade to unwind as quickly as it started.