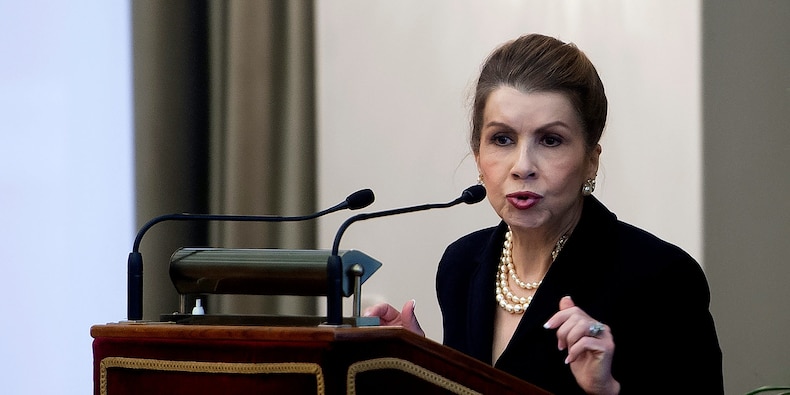 Vaccine distribution is expected to bring an end to the coronavirus pandemic, but households and companies will still face severe debt pressures, Carmen Reinhart, chief economist at the World Bank, said Tuesday.

The pandemic is on the cusp of its one-year anniversary, and its fallout is expected to linger until well after cases tumble. What started as a health crisis is now morphing into “your classic balance sheet problems,” Reinhard said. Those strains threaten to keep the global economy from staging a full bounce-back in the near-term.

“Don’t confuse rebound with recovery,” Reinhart said on Bloomberg TV. “A rebound this year still leaves per-capita income below where it was before the crisis. Calling it a recovery is misleading.”

Read more: Green stocks more than doubled in 2020. The chief strategist at a $1.1 billion hedge fund of funds breaks down why a ‘decade-long mania’ still lies ahead amid the global race to zero.

Yet Reinhart, who wrote a book on the 2008 financial crisis with famed economist Kenneth Rogoff, doesn’t expect the current downturn to come with a sudden-shock “Lehman moment.” A coronavirus-fueled financial crisis would likely emerge as a less dramatic event and more as a slow crawl, the economist said.

The length of the pandemic is also among Reinhart’s biggest concerns. The US continues to grapple with soaring daily case counts and its most lethal wave of the virus yet. Prolonged lockdowns have already cut into job growth and consumer spending, and the long-term impacts on individuals are becoming increasingly dire, Reinhart said.

“I am very concerned that the longer this goes on, the more strain on balance sheets of individuals, households, of firms, of countries. It’s a cumulative toll,” she added.

Relief from governments and central banks provided some relief amid the broad economic downturn. Trillions of dollars in fiscal stimulus bolstered household income and interest rates are expected to stay at record lows until employment and inflation reach pre-pandemic levels.

Apart from the fiscal and monetary aid, debt-deferment programs provided a crucial bridge for struggling homes and companies, Reinhart said. Yet their expiration presents a new risk for the still-ailing global economy and its mounting debt pile.

“Financial institutions across the globe in varying degrees have also agreed to grace periods. Periods in which businesses and households don’t repay their debts. What happens when those programs come to an end?” the economist said.

There’s roughly $140 billion of inaccessible bitcoin right now – or 20% of the world’s limited supply. Here’s what could happen to it.

Inflation could hit its target sooner than expected as the US economy bounces back, Kansas City Fed chief says

A leading Wall Street firm asked 7 famous investors about their favorite stocks and the global trades they’re using to stay ahead of the competition. Here’s what they’re betting on now.