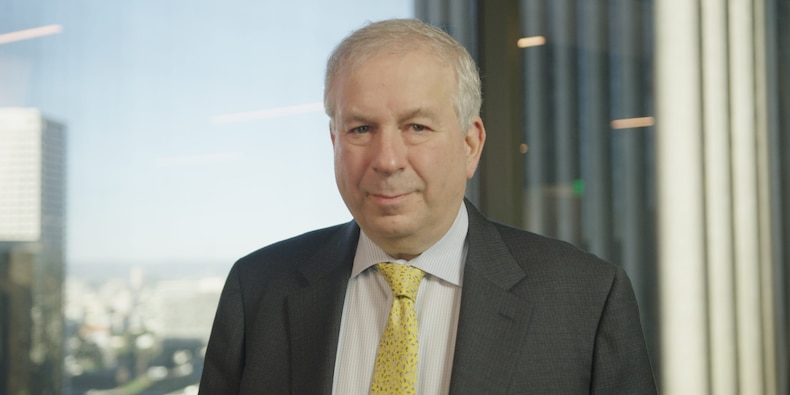 Known for identifying the housing market bubble in 2005, David Rosenberg is the chief economist and strategist at Rosenberg Research & Associates

For the first time in history, the Dow Jones Industrial Average surpassed the 30,000 mark on Tuesday — and while some cheered the unrivaled rally, others remained cautious about the index’s historic feat.

“Yesterday was quite epic, not just that President Trump called a press conference about the stock market or that the Dow closed above 30,000 for the first time (he called it “a sacred number”… seriously) but that the Dow Theorists got what they wanted, which is that the transports hit a record the same day the industrials did as a technical sign of confirmation of the new highs,” said David Rosenberg, the famed economist and founder of Rosenberg Research.

He added: “From my lens, we do have a market on our hands that looks egregiously overpriced, overbought and overextended.”

The first chart that Rosenberg provides paints a picture of a market that’s firmly tilted bullish. As of today, traders with a bearish outlook are few and far between. Rosenberg expresses this notion through the number of noncommercial bets against stocks (or lack thereof) present in the market. 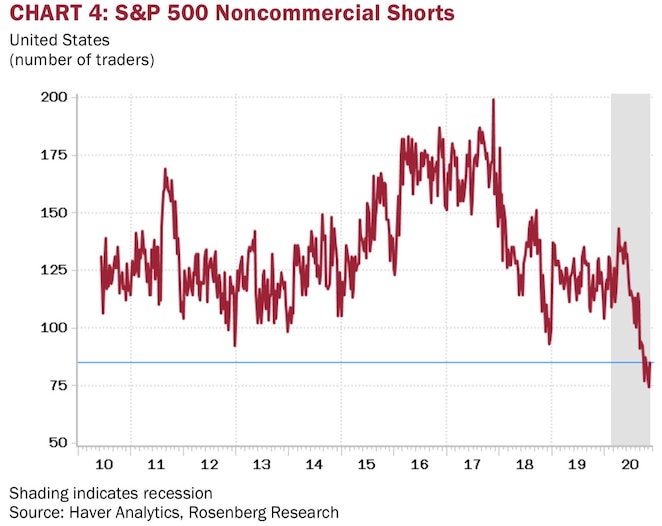 Piggybacking off of the lack of short positioning, Rosenberg provides a look at the CBOE put-to-call ratio depicting the share of investors with bearish bets against the market relative to those with bullish bets.

Right now, bearish sentiment is hard to find; progress being made on multiple COVID-19 vaccine trials is stoking confidence that the pandemic will soon be over, and the US political transition has begun in earnest. 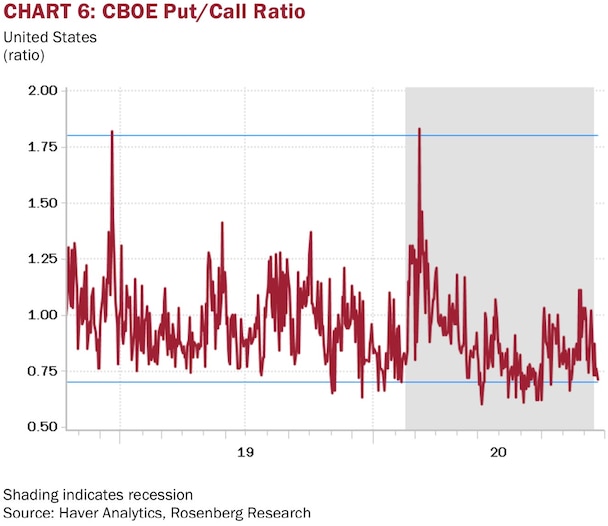 With both bullish positioning and sentiment on the rise, Rosenberg turns his attention towards market valuations. Today, stocks aren’t exactly cheap, particularly judging by how pricey they are trading relative to expected earnings.

“P/E multiples are close to record levels, no matter the measure,” he said. “The CAPE multiple, for the overall market, has swelled to 32x and is higher now than it was at the pre-plunge peak in February.”

Here’s a look at the the cyclically adjusted price-to-earnings (CAPE) ratio over the years. Clearly, it’s trading on the loftier side of its historical average. 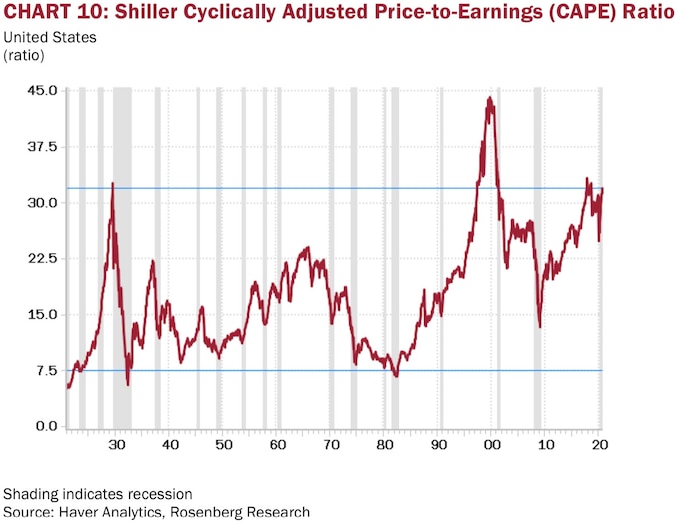 He continued: “The ratio of the S&P 500 market cap-to-GDP just hit a record high 130%, breaking above the dotcom bubble peak over two decades ago.”

Rosenberg provided a look at the S&P 500 market cap-to-GDP. Currently, it’s sitting atop levels last seen during the tech-bubble. 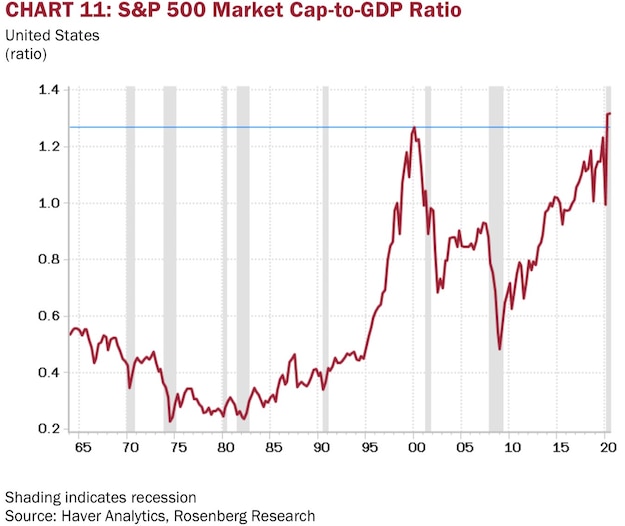 To Rosenberg, the alignment of these variables is cause for concern. And if the past serves as prologue, Rosenberg thinks it’s time to be wary.

“The CAPE, at 32x, is right where it was in September 2018, ahead of what proved to be a surprising near-20% drawdown in the fourth quarter of that year, requiring an about face from the Fed,” he said. “You will get another chance to get in at better price levels and more superior expected returns.”