HomeMarkets14 books that help founders do everything better, recommended by 10 successful VCs

14 books that help founders do everything better, recommended by 10 successful VCs

One of the main benefits of raising funds from a venture capitalist  — besides the money — is the guidance VCs can give to founders as they build companies.

But where do the VCs go for their own inspiration? Many of them turned to the tried-and-true method of reading books. With that in mind, Business Insider talked to 10 VCs from across the investing landscape — seed, growth and corporate funds — to discover their book recommendations for founders in 2020, an unprecedented year in so many ways.

They recommended a variety of books and not just on business skills, but also books that dive into culture and tales of inspiration. Their picks ranged from decades-old classics to more recently published titles, too. 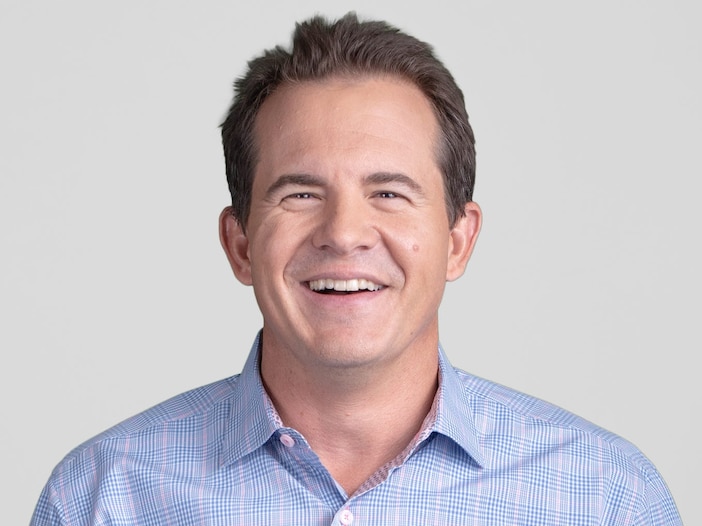 Byron Deeter, partner at Bessemer Venture Partners, has made 19 investments that are now valued above $1 billion, including ten IPOs. Deeter was a founder before he was a VC who raised his own Series A from BVP back in 2000 for his startup Trigo Technologies later sold to IBM for an undisclosed sum.

He recommends “Legacy” by James Kerr.

“This book outlines the story of the ‘Champions of the World’ New Zealand All Blacks rugby team,” Deeter explained. “As a four-time national champion collegiate rugby player, I believe team dynamics and culture are both critical in building great businesses.”

He said the book offers awesome lessons on leadership, including the team’s credo, “Sweep the Shed: Never be too big to do the small things that need to be done,” and “Go For the Gap: When you’re on top of your game, change your game.” 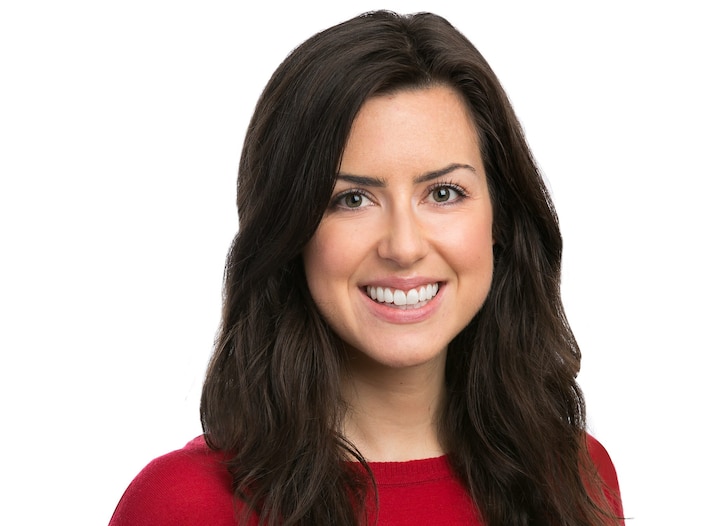 “The book argues that people are fundamentally decent. It proved to be a hopeful read and pulls you out of the anxious cynicism that can characterize 2020,” she told Business Insider. “It’s a reminder to look for the positivity coming out of these times, that kindness is still valued, and trust drives progress.”

“The Color of Money: Black Banks and the Racial Wealth Gap” by Mehrsa Baradaran 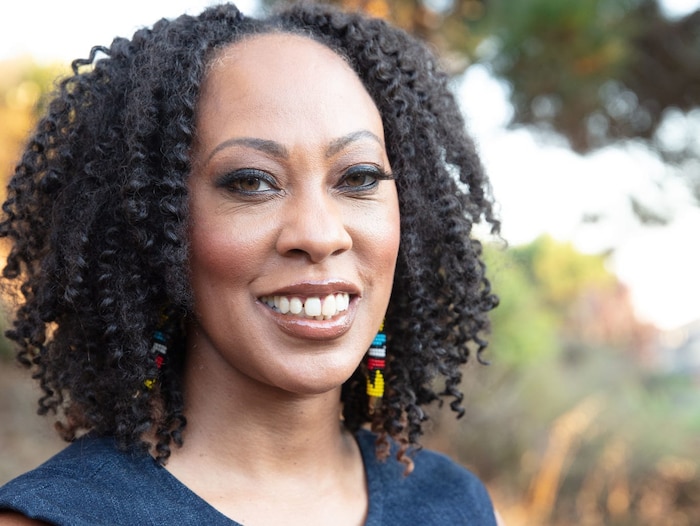 Lisha Bell is cofounder of BLXVC, an angel syndicate of moms funding Black and Brown founders. Bell is also the deal flow lead for Pipeline Angels, an angel investing group of women, many of them successful Black entrepreneurs. When she’s not angel investing, she’s working her day job as a product manager for PayPal’s Braintree.

A tireless advocate of diversity, inclusion, and access, Bell recommends “The Color of Money: Black Banks and the Racial Wealth Gap” by Mehrsa Baradaran as a must read book for 2020.

“Polices such as redlining, housing discrimination, Jim Crow, and predatory lending create an inescapable economic trap. If we are to tackle the problem of creating economic prosperity, we have to undo the roadblocks that negate progress,” she said.

“A Taste of Power: A Black Woman’s Story” by Elaine Brown

Bell told Business Insider that as a resident of Oakland, she once met Elaine Brown in person — the first and only female leader of the Black Panther Party —  and described her as “a national treasure.”

So Bell highly recommends “A Taste of Power: A Black Woman’s Story” by Elaine Brown.

“She is a magnetic, fire starter, non-apologetic type of person [who] led the political movement to amplify the plight of Black impoverished communities,” Bell explained. “She woke my inner womanist with the chapter ‘We Are The Girls Who Don’t Take No Stuff.'”

Bell also recommends The Warmth of Other Suns: The Epic Story of America’s Great Migration by Pulitzer Prize–winning author Isabella Wilkerson. It tells the story of the migration of Southern Blacks leaving “the Jim Crow south,” she says.

“Wonderful to see how so many African Americans found their way in a new land and made it their home,” she said.

“Leaders Eat Last: Why Some Teams Pull Together and Others Don’t” by Simon Sinek 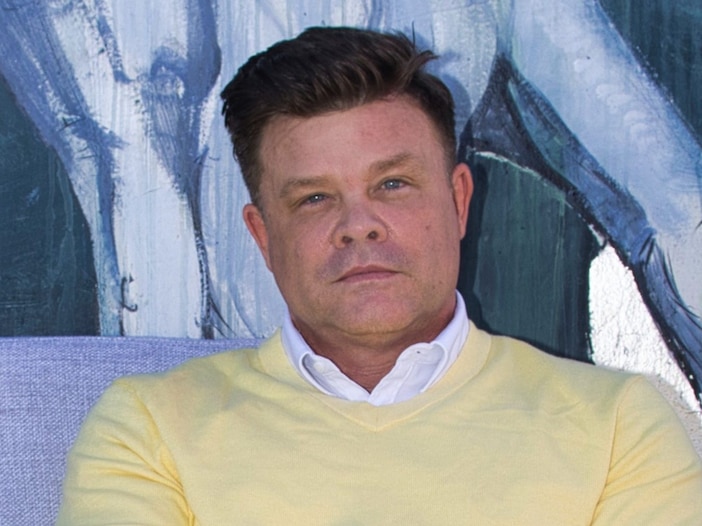 Jeff Ransdell, founding partner and managing director at Fuel Venture Capital, manages the $200 million fund and has a portfolio of 23 global startups like Soundtrack Your Brand, Taxfyle, PredaSAR, and Ubicquia, through a partnership with IDC Ventures, one of Europe’s leading VC firms.

Prior to launching his fund, he spent 15 years in investment banking at Merril Lynch, rising to managing director.

Ransdell recommends “Leaders Eat Last: Why Some Teams Pull Together and Others Don’t” by Simon Sinek

“As a long-time executive who at one point in my career led a team of more than 2,000, I have consistently put the needs of my team ahead of my own,” he says recounting times when he worked through weekends finishing employees’ projects so they could tend to sick family members or gave full credit for work “at the expense of my personal contributions,” Ransdell said.

“Antifragile: Things that Gain by Disorder” by Nassim Nicholas Taleb 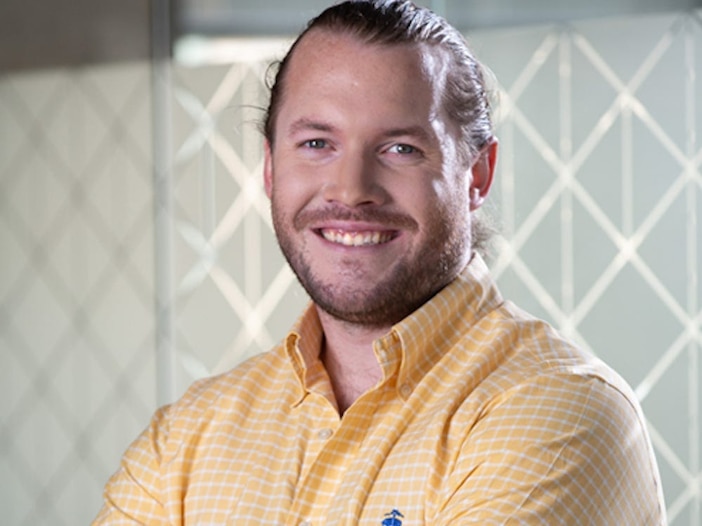 John Brennan is a partner at Israeli-based VC firm YL Ventures, which specializes in funding cybersecurity startups worldwide. He oversees the firm’s Silicon Valley office, its relationships with its limited partner investors and manages many of the programs that support portfolio founders.

“In working with founders at the seed stage, the topic of ‘fragility’ comes up often,” Brennan told Business Insider. “Whether it’s driving customer pipelines, managing executive hiring processes, or delivering product features, so many aspects of a startup’s success are fragile,”

He recommends “Antifragile: Things that Gain by Disorder” by Nassim Nicholas Taleb.

“It’s my job to help our CEOs think through both upside and downside scenarios — and in discussing the latter, the concept of being robust (or preferably ‘antifragile’) is one that the best leaders drill into all parts of their company to optimize the chances for success,” he said.

“Are we incentivizing ourselves correctly and do those incentives align us with both our limited partners and with our portfolio companies?” Brennan asked, in explaining the book’s framework, which is called “libertarian paternalism.”

The book presents the idea of “building the right culture to, and guardrails to, empower employees to make their own decisions, while also driving them to create value for the company,” he explains, adding, “while it’s not a perfect framework for all situations, the principles behind it are powerful and can drive success.” 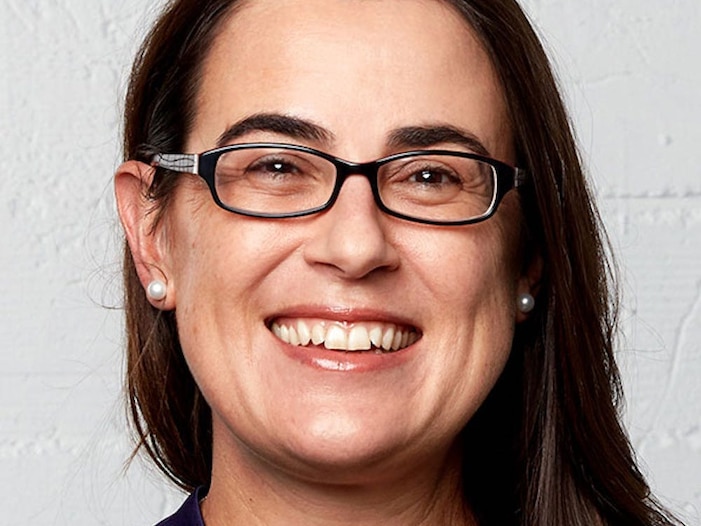 Mar Hershenson is cofounder and managing partner at Pear Ventures, a pre-seed/seed stage VC fund in Silicon Valley that was an early investor in Dropbox, Doordash, Branch, and Guardant Health.

After earning a PhD in electrical engineering from Stanford University in 1999, Hershenson developed a groundbreaking technique for optimizing the design of analog semiconductors. Having combined a hardware/software focus during her studies, she spent the next 13 years cofounding three startups in the mobile/e-commerce, enterprise software, and semiconductor industries — work that led to 14 patents and an armload of industry awards and honors.​

Hershenson recommends Survival to Thrival: Building the Enterprise Startup – Book 1: The Company Journey, by Bob Tinker and Tae Hea Nahm, and gives it to all of her firm’s portfolio founders.

“It contains an actionable and practical field guide for tech founders that need help figuring out sales and go-to-market,” she said.

“The book nails the concept of finding ‘Go To Market Fit’ to unlock growth,” she said, adding that she likes its “formulaic approach, as well as raw and honest quotes from execs.”

“Survival to Thrival: Building the Enterprise Startup – Book 2: Change or Be Changed” by Bob Tinker and Tae Hea Nahm.

Jonathan Lehr is cofounder and general partner at Work-Bench.

He launched the enterprise-focused accelerator after three years as an associate at Morgan Stanley where he grew a network of over 3,000 enterprise startup founders until RR Donnelley cut him a $10 million check and asked him to find companies to invest in. And his New York accelerator and seed fund was born.

Lehr recommends the second book in the “Survival to Thrival” series, “Building the Enterprise Startup – Book 2: Change or Be Changed,” by Bob Tinker and Tae Hea Nahm.

“Once startups begin to hit their stride, founders and early execs often struggle to adapt,” Lehr said. “They have to change themselves and ‘scale,’ and many founders get stuck. This book hits this topic head on with real world stories and advice that can help. The key concept is UN-Learning, which we really love. It is real and resonates with our companies.”

“Grit: The Power of Passion and Perseverance” by Angela Duckworth

Lehr also recommends the Angela Duckworth classic on how to tap into tenacity: “Grit: The Power of Passion and Perseverance“.

“To truly build a sustainable business for the long haul, our founders must demonstrate grit through all of the ups and downs in their journey,” Lehr explained.

“I like how Duckworth writes that grit is the combination of passion and persistence, and we look for that quality in our founders and encourage them to look for the same trait in their own hires too,” he added.

“My Bondage and My Freedom” by Frederick Douglass 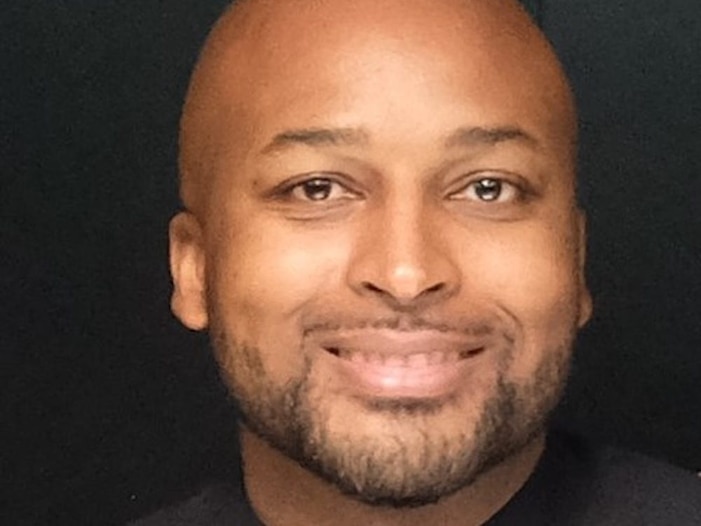 Nichols shared a number of book favorites with Business Insider and at the top of his list is the 1855 autobiography by ex-slave Frederick Douglass, written a decade after Douglass’s emancipation in 1846, “My Bondage and My Freedom“.

“Mr. Douglass is a leader, a hero, and a legend,” Nichols said. “His story is an epic tale of survival and perseverance. Each time I read it, I am reminded of where this country started in terms of race relationships, encouraged by how far we’ve come, and motivated to help us to get to a place of true equality.”

“Never Split the Difference: Negotiating as If Your Life Depended on It” by Chris Voss

“Venture investing is 100% about relationship building,” Nichols said. “Negotiation is simply a tool that helps us to communicate more effectively.”

So he recommends “Never Split the Difference: Negotiating as If Your Life Depended on It” by Chris Voss because Voss, “has verbally wrestled with the best of ’em in the most pressure-filled situations.”

He described the book as “a master class in listening and effectively communicating what is important to you in a way that the other side of the table can truly hear.”

Nichols also recommends “Relentless: From Good to Great to Unstoppable” by Tim Grover.

Crossing the Chasm by Geoffrey A. Moore 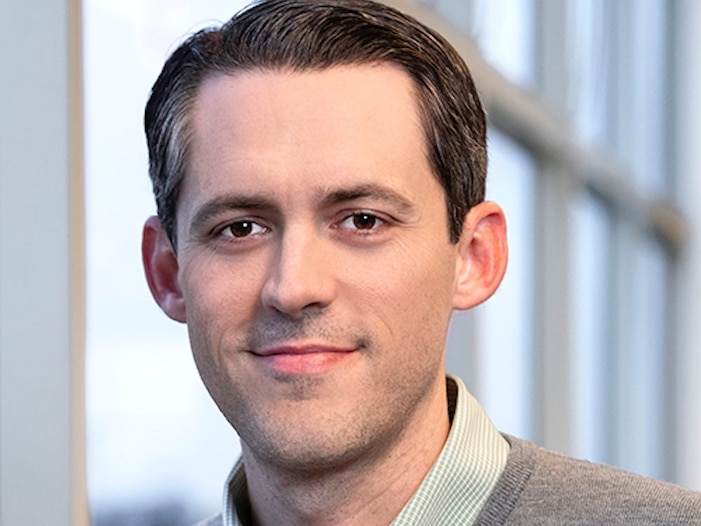 Nick Washburn is a senior managing director and chief operating officer for Intel Capital, one of the most prolific corporate venture investment funds of 2020. He’s backed companies like Amenity Analytics, Anyscale and Tetrate.

Washburn recommends the classic, Crossing the Chasm by Geoffrey A. Moore.

“There is a reason this is on every venture investor’s bookshelf and it has been updated three times for more recent examples: it’s the canonical work on the subject,” he said. 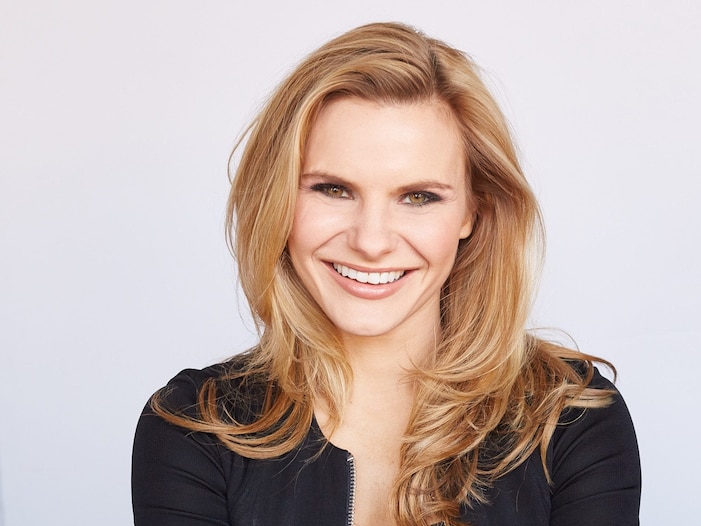 Michele Romanow is cofounder of Clearbanc, a fund which has invested $1 billion in over 3,000 ecommerce startups.

Romanow is also a “Dragon” on CBC’s hit show Dragons’ Den (Canada’s Shark Tank), and a founder of five companies before her 33rd birthday including SnapSaves, acquired by Groupon, and Buytopia.ca, which acquired 10 competitors including Shop.ca and WagJag.

“I love founder stories that are written with total honesty,” Romanow said. “I think Chip Wilson’s book on building Lululemon [is a] great example of this. It’s the real story, not the glossy one, that reminds you that even the most successful companies had so many moments when they nearly didn’t make it.”